A lot of Newcastle United fans are worried about their next game as Steve Bruce confirmed that the Toon have some injury problems to deal with.

Newcastle will definitely be without Allan Saint-Maximin and Ciaran Clark – while there are doubts over the fitness of Miguel Almiron and Jonjo Shelvey.

Who would be the bigger loss for Newcastle? 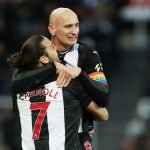 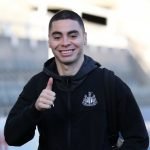 This has not gone down well with many Newcastle fans.

Other Toon supporters have made some tactical suggestions.

5,3,2 with the big lads up top. Wings back need to get forward though.

Play Schar,Fernández,dummy,midfield 3 of both longstaffs & Hayden then Carroll & big joe up top

Bruce confirmed that Shelvey has a sore calf, and Almiron has a tight hamstring, and after what happened to Saint-Maximin, it is unlikely that he would risk either of them if there is any doubt that they are not 100% fit.

This would, however, be a huge blow to Newcastle’s hopes of sealing a third straight win as Shelvey has scored for three games in a row and is the Toon’s top scorer.

Almiron meanwhile is quick and is creative – so to miss him would also be a blow.

The only positive for Newcastle is that if Shelvey is injured, Sean Longstaff will be given the opportunity to reclaim his place in the starting XI.

Also, with Saint-Maximin injured and Almiron doubtful, Christian Atsu will be given a chance to show Bruce what he can do.

To be fair to the Ghanaian, he does have three assists this season and could cause Burnley some problems