A lot of Newcastle United fans have reacted to a report in the Shields Gazette that states Andy Carroll is set for a new permanent contract at St James’ Park.

The boyhood Toon fan returned to the club he left in 2010 on a one-year deal and has impressed both fans and Steve Bruce with his committed and hard-working displays.

Does Carroll deserve a new contract?

Yes, he has had a great impact on the team 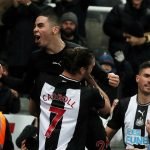 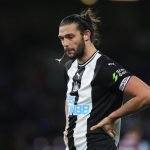 Bruce confirmed that the 30-year-old was practically on a pay-as-you-play deal and that there is a clause in his contract that will trigger an extension.

This news has gone down well with some Toon fans.

Other Newcastle supporters, though, want to keep him on a play-as-you-play deal.

This is just tempting fate…

Wednesday: Carroll out for 8 months through injury

Pay as you play for me

Tog, I’d keep as a pay as you play for him on an enhanced rate… it would keep his hunger to play – win win all round

Keep it pay as u play but over next 3 n half years.. Instead of next 6month. N if he doesn’t get serious injury for 3 month straight give him a wage bump

Carroll has undoubtedly made an impact at Newcastle this season.

Though he has not scored yet, he has provided two assists and played a vital role in Miguel Almiron’s first Newcastle goal – as he knocked down Fabian Schar’s cross for the 25-year-old to rifle home. (1:43)

The former Liverpool man, who is valued at £3.6m by Transfermarkt, has a well-documented problem with injuries. Still, so far, for Newcastle, he has managed to avoid any reoccurrence of past injuries.

Bruce, however, said that he would “Box clever” with Carroll’s fitness, and he will either not play against Manchester United or Everton two days later.

Carroll, though, has looked reborn back at home on Tyneside, and if he were to receive a new deal, then it would be well deserved.