Oleksandr Zinchenko has returned from injury and his inclusion in the squad to face Dinamo Zagreb comes as a welcome boost to Pep Guardiola’s side.

The Ukrainian has been out injured since out since October having undergone knee surgery and throughout his absence left-back has been a problem position for the Cityzens. Benjamin Mendy’s performances have been below par and Angelino has failed to impress when called upon.

There was talk of Zinchenko being ready for last weekend’s Manchester Derby but that particular fixture came around a little too fast for the 22-year-old. His return should see the team improve in an area that has been largely problematic and these fans are pleased to see him back in the picture.

Would you rather see Zinchenko or Mendy start at left-back going forward? 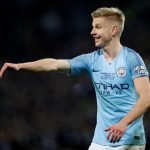 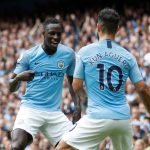 ZINNIE IS BACK FINALLY A COMPETENT LB ???

Great to Have Zinnie back ?

Pep when he sees Zinchenko at the airport. pic.twitter.com/fUAzVXkpCl

Injuries have hampered Manchester City’s season so far and the fact that the supporters are so desperate to see Zinchenko return in spite of having Mendy and Angelino available tells a story in regards to the club’s transfer business over the past few windows.

Unfortunately for Guardiola, a number of big-money transfers, particularly in the full-back positions, haven’t worked out and therefore he himself will be as pleased as anybody to see the Ukrainian return – the sooner he gets up to speed in terms of his fitness the better.