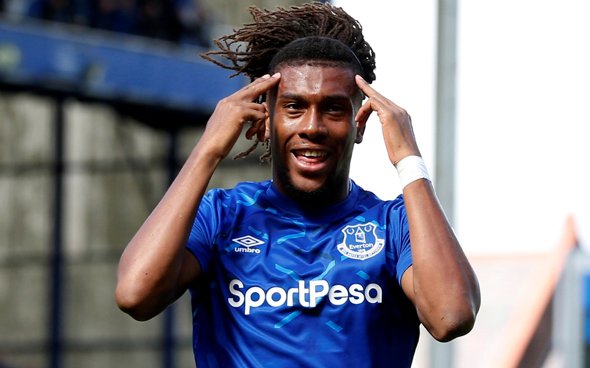 Fans of Everton have slated Alex Iwobi following the Toffees’ defeat to Leicester City in the Carabao Cup on Wednesday night.

During the game which saw the Goodison Park club crash out on penalties, the Nigerian picked up a weak 4/10 performance rating (as per Liverpool Echo), which left supporters to fume over the 23-year-old.

@Everton iwobi is a very good super sub, runs the legs off tired defenders but when he starts he plays with 2 left feet, his first touch and simple passing just isnt good enough

So far this term, the former Arsenal attacker has featured in 19 games in league and cup, in which he has scored two goals and assisted once (as per Transfermarkt).

With just a 6.6/10 average rating for the season so far (as per Whoscored), Everton fans feel like the man who cost £34 million to tempt to Merseyside is not living up to his transfer fee.

Why @Everton insist on giving Iwobi a start I will never know however, what a shift put in there. Oh and @vardy7, your bird is still a grass

Can’t be using the excuse of him being out of position. Lad is an absolute donkey.

Carlo as his work cut with a lot of players at Everton, iwobi Michael Keane shockingly bad.

While the Nigerian has shown definite signs of promise in an Everton shirt, he has done it nowhere near consistently enough. He does have talent but it needs to be much more frequent for him to be worthy of a consistent starting spot.