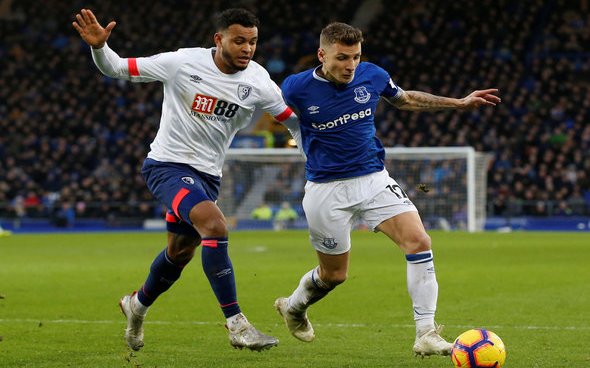 Supporters of Everton have slammed a transfer report linking Lucas Digne with a move from Goodison Park to Olympique Lyonnais.

According to Le Parisien, Lyon intend to make a January swoop for the Toffees’ Frenchman to bolster their backline (via Get French Football News).

With the news of the link shared to the Goodison Park faithful’s timelines (via The Gwladys Street), supporters slammed the link touting Digne’s exit.

Give us Dembele, Aouar and 50m and then we will talk

They can’t afford him

During this term, the left-back has featured for the Merseyside club on 20 occasions in league and cup, in which he has netted once and assisted four times (as per Transfermarkt).

In what has, so far, been a poor season for Everton, Digne has stood firm and has a hugely respectable 7.04/10 average rating for the season so far (per Whoscored), making Everton fans keen for him to stay.

Not going anywhere, especially is Ancelotti is the manager. Players will want to stay and play for him.

How very dare they.

It seems as though Everton fans are all firmly united in their opinion, Digne is going nowhere and it seems as though it would be a big surprise if the Frenchman was to depart for his home country.