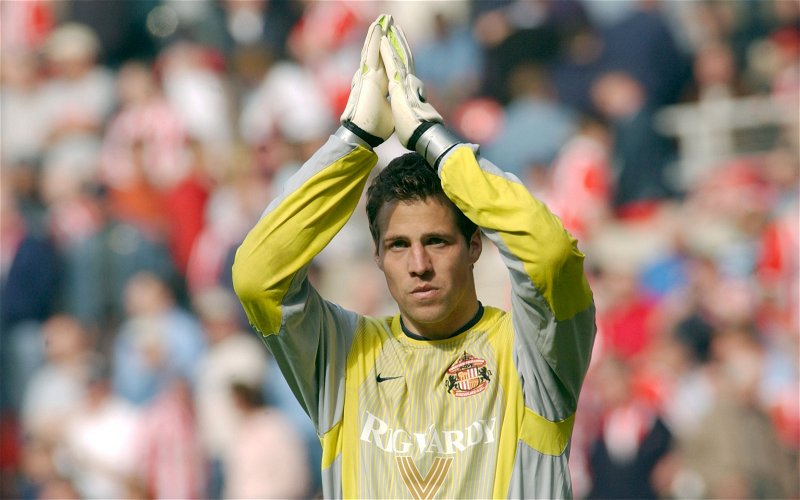 Small moments of nostalgia are what Sunderland fans have to hang onto right now. And while tweets from the club reminding fans of the past may only show supporters of how far they have fallen, these memories can bring them lots of joy as well. This was especially true when Thomas Sorensen tweeted out this week.

The ex-Sunderland goalkeeper was involved in a heroic 2-1 win over fierce rivals Newcastle United 19 years ago. Sorensen played a vital role in the win, denying Newcastle legend Alan Shearer from the penalty spot in the last minutes of the game (Chronicle Live). When Roker Report tweeted about the night, the shot-stopper exclaimed ‘What a night’ to the fans.

Some fans responded to his tweet, explaining to the 43-year-old that his heroics that night had earned him the ‘legend’ status at the club for eternity. It is one moment that will never be forgotten by the fans.

What a legend Tommy!

Love you Tommy! You made me cry with happiness that night ?

Will never forget that match. The emotion when you saved the pen was unbelievable.

One supporter remembers Sorensen signing autographs and celebrating with the fans at a pub that night.

Sunderland fans would likely give anything just to play against their rivals in the Premier League right now, let alone win. It is a daunting climb out of Football League One, and even that will bring them at least a season away from returning to their rightful home in the Premier League. Only time will tell if Sunderland can achieve such a feat.