Sunderland: Stewart Donald’s words buy him time with these fans 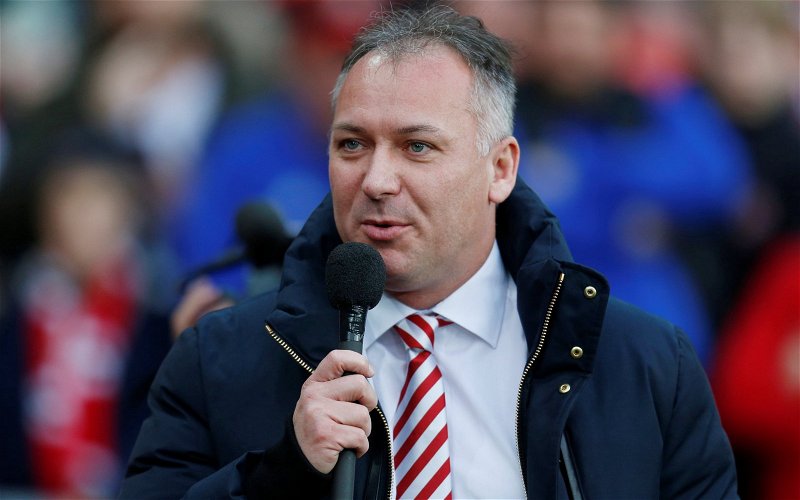 Sunderland Club owner Stewart Donald spoke to BBC Radio Newcastle about the club’s recent ‘financial arrangement’ with American investors. The owner demystified the situation surrounding the arrangement, ensuring fans that the agreement poses no risk to the actual club or fans.

Donald explained that the agreement was made between the investors and Madrox Partners, Donald’s holding company. A failure to repay the investment would essentially result in a change in club ownership. FPP Sunderland will take control of the club and it’s assets, assuming the repayment isn’t made. He ensured fans that this wasn’t a loan being taken out from the club, but the whole scenario surrounding the arrangement is still a bit confusing (Sunderland Echo).

Fans responded to Donald’s statements on Twitter. There were many fans who appreciated the honesty of the CEO and his willingness to discuss the situation publicly. They even blame other fans for the continued scepticism of Donald.

Honest reply you have to give him credit for answering questions.

He wasted his time with the masses thats for sure. Im not saying hang on his every word but the way the deal is structured makes business sense. Worst case Madrox default and the Americans who everyone wanted get the club. Not sure why a lot of people have a problem.

Won’t suit some of the twitter warrior agendas mind

I think he has provided a good rallying call as what everybody has needed and wanted. The recruitment hasn’t been the best but now we must look to be in a play off place come the January transfer window, bring quality in, then push second half of the season for top 2

can’t believe people are shocked to find out that it’s a loan. What did they expect. I’ve criticised SD but thought he was clear. Admitted mistakes have been made especially on the playing side. Understands they need to get it right. Club was a total mess before they arrived.

After the interview with Donald, fans are turning their attention towards the players, suggesting that they will be the ones to earn them promotion at the end of the day.

Attention now needs to turn to the underperforming players,ultimately they are the one’s who are going to get us out of the bloody league

There were plenty of other fans in the Twitter threads that were still critical of Donald. With on the field performances being so poor, he is never going to escape it. But with his openness and willingness to talk, Donald has seemed to calm the nerves of some supporters. For now, at least.