Rangers: Fans react to this stunning photo of the Main Stand 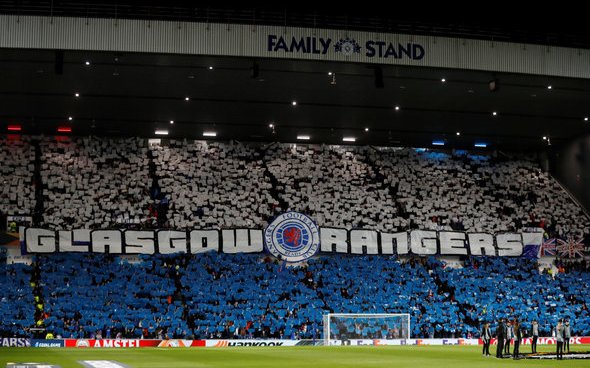 While the current Rangers team are finding continual success this season by winning games in every competition, it is always good to remember Gers teams from the past. One team in particular that fans were looking back at this week was ‘The Moonlighters’. This group of young players were known for their late-night training sessions at Kinning Park.

The conversation was sparked after a Rangers fan page on Twitter posted a tweet about the ‘fledgeling’ side. Some fans shared additional information about the team, specifically about how people believed the ground was haunted due to the late-night activity. Others said the post inspired them to learn as much as they could about the club’s history.

The residents around our ground at Kinning Park thought it was haunted but it was our lads training, working hard at being the best they possibly could be.

Love things like this, makes you want to learn everything possible about our great club

But with the tweet including a photo of the beautiful moonlit Main Stand at Ibrox, fans got a little bit off-topic. While some supporters were eager to discuss the team in question, others couldn’t help but comment on the beauty of the stadium. One fan questioned why the club doesn’t photograph the main stand more often.

Stunning picture of the Main Stand!

What a picture that is…..

Why we don’t show off this stand more often is beyond me. All those signing photos taken in the other direction, presumably just so you can see the Rangers sign…

Others claimed that it was one of the nicest main stands in British football. In fact, there were willing to say it was the absolute best.

It is sight for sore eyes, so proud to call it home. Without doubt the best Main Stand in British football bar none.

The photo is truly stunning. The Ibrox Main Stand looks just as beautiful empty as it does full. With Steven Gerrard at the helm, the club are hoping to lift their 55th league title at the Ibrox at the end of the season.