Rangers: All the statistics behind Steven Davis’ start to the season 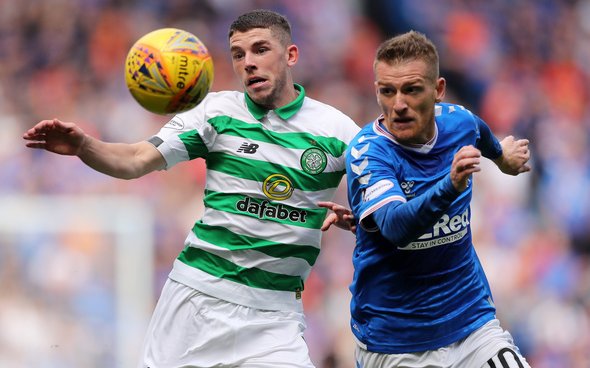 This week Charlie Nicholas praised Rangers midfielder Steven Davis, claiming that he has had a stunning season. The pundit claims that, despite finishing third behind Germany and Netherlands, the Northern Ireland team can’t be disappointed (Sky Sports).

With Davis making a positive impression on pundits like Nicholas, it is a perfect opportunity to look back at his season so far. Just how good has the midfielder been under Steven Gerrard this season?

TIF Tactics – How is Stephen Davis started his season?

In this report, we will be looking at the midfielder’s impact on games per 90 minutes of football. We will look at key statistics in his passing actions.

These statistics indicate that Davis helps control a game’s tempo with his passing. And while he allows the team to maintain possession, he often progresses the ball further up the field. He isn’t just a midfielder who passes sideways and backwards. He is also regularly an option for teammates, averaging 46.79 received passes per 90 minutes.

Overall, Davis averages 87.21 total actions every 90 minutes of football with a 75.3% success rate. These numbers show just how busy the midfielder is during games, finding himself involved in the play during almost every minute of the match.

It is clear why Davis is such an important part of Gerrard’s team. He is integral to Ranger’s ability to keep the football and progress further up the field. It is no wonder, after looking at these statistics, why Nicholas has such high praise for the midfielder.