Newcastle: Some fans want Granit Xhaka to sign for the club 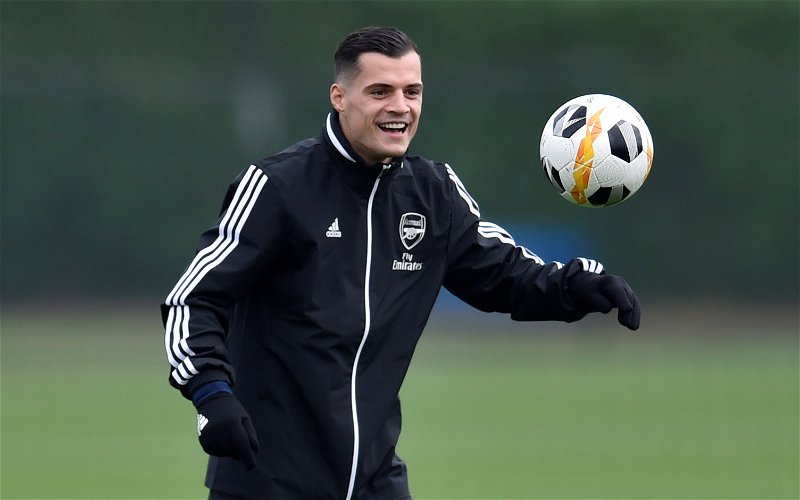 These Newcastle fans have taken to Twitter to plead with their club to sign Granit Xhaka from Arsenal in the upcoming January transfer window.

This comes after Newcastle fan Twitter account @NUFC360 shared a post on their account containing comments from Swiss journalist Marcello Pelizzari from Il Corriere del Ticino who claimed Newcastle would be a good solution for the midfielder.

This post then gathered a number of replies from Newcastle fans who welcomed the idea of the central-midfielder moving to the club.

Here’s a sample of Newcastle fans wanting Xhaka to sign:

100% mate. Would definitely have him on loan. Will Mike pay his wages though

The state of these comments. He’s better than anyone we have.

Xhaka has come under fire at Arsenal recently after reacting badly to being booed off the pitch in Arsenal’s game against Crystal Palace last month (BBC Sport). The Swiss international who is currently valued at £36 million, according to Transfermarkt, was stripped of the Arsenal captaincy due to his bad reaction with being booed.

This situation has resulted in these rumours being published of a potential exit from the Emirates.

Without a doubt. Swiss team mate Schaar at the club would be good rehabilitation for him. And we are weak in midfield in my option.

Definitely… he’s better than what he’s shown at Arsenal

Every day of the week.

It’s safe to say Xhaka hasn’t had the easiest of times at Arsenal recently. If a January exit is on the table for Xhaka, would he bet the best option for Steve Bruce’s side? Well compared to one of Newcastle’s current defensive midfielders, Issac Hayden, Xhaka has the better passing statistics.

With both players having played over 700 minutes in nine Premier League appearances, Xhaka has totalled an average of 86.5% pass success percentage compared to Hayden’s 79.1%. Xhaka also averages 0.8 key passes per game in comparison to Hayden’s 0.7, as well as 1.9 clearances to the Magpies man’s 1.3.