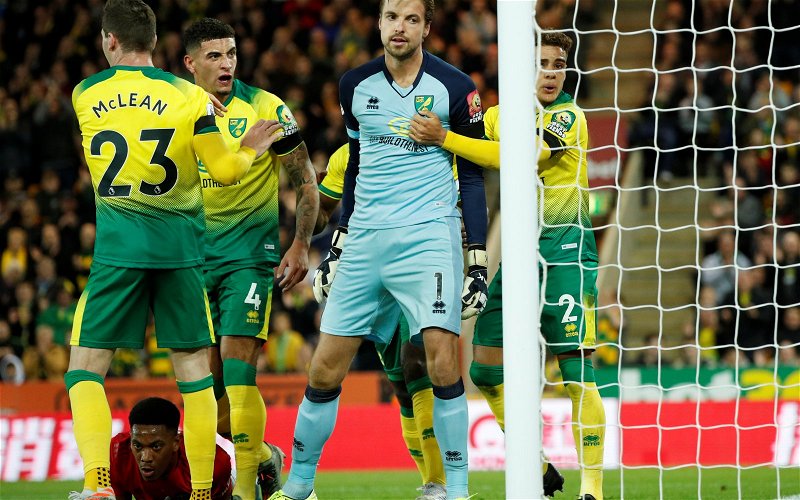 Newcastle fans have been showing their admiration on Twitter for former Magpies goalkeeper Tim Krul.

This flurry of praise came after Newcastle fan Twitter account @NG1892_  shared a post that included a video of Newcastle’s 1-0 win over Tottenham back in 2013. The video also included a number of wonderful saves that then Newcastle goalkeeper Krul made in the match to deny Spurs a goal.

This post then gathered many replies from Newcastle fans sharing their appreciation for Krul’s heroics in the win.

Tim krul was an absolute animal that day

@max_w_ink Tim Krul having the game of his life

Krul spent 12 years as a Newcastle player from 2005 to 2017 before leaving on a free transfer to Brighton, and rocked up at Norwich City on another free transfer last year (per Transfermarkt).

In the 1-0 victory over Tottenham in 2013, the Dutch ‘keeper made 14 saves, the most by any goalkeeper in the Premier League by that point in the season (BBC Sport).

Krul was immense that day!!

Krul was an insane keeper

I was in the away end that day.. unreal!

The 31-year-old made more appearances for Newcastle than any other club he has played for in his career. In his long spell at the club, Krul made 185 appearances, keeping 53 clean sheets in the process (per Transfermarkt).

With this latest reminder of one of Krul’s best games for the club, it’s clear to see why so many Newcastle fans still have much love for the shot-stopper.