Liverpool: These fans want Philippe Coutinho to return to Anfield 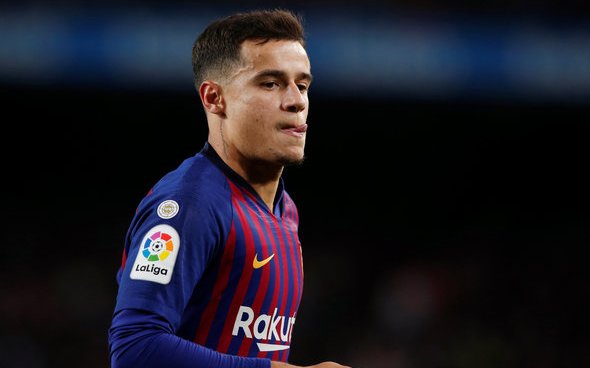 Liverpool fans have been calling for Philippe Coutinho to make a return to the club after a dry spell at Bayern Munich.

This comes after Liverpool news Twitter account @LivEchoLFC shared a post on their official page containing an article from the Liverpool Echo on how the former Reds midfielder is struggling with his form at the Bundesliga club.

This post then gathered a number of replies from Liverpool fans asking for Coutinho to make a return to Anfield.

Here’s a sample of Liverpool fans calling for Coutinho to come back to Merseyside:

The grass isn’t always greener. Silly sod. Could have been a red legend.

He wants to come home.

Just bring him back he was good for us send keita the other way. Dont pretend you’re all not thinking it.

The Brazilian, who is currently valued at £81 million, according to Transfermarkt, left Liverpool after five years at the club for Barcelona in 2018 for a fee of £142 million.

His time at the Spanish giants has not been as successful as some would have guessed. Coutinho spent a year-and-a-half at Camp Nou before being loaned out to Bayern Munich on a season-long loan deal.

With the latest update of him being in a bit of a rut at Bayern, some Liverpool fans have been discussing a potential Merseyside return for the Brazilian.

Should Coutinho return to Liverpool?

Would still have him at Liverpool but for the right price

His career falling apart ever since he left Liverpool, should have listened to Jurgen and stayed and they would have a statue built of him

With his spell at Barcelona being a disappointment and now his time at Bayern Munich looking to be going in the same direction, perhaps another move could be in the offing in the future.

It’s understandable to see why some Liverpool fans would want Coutinho to return to Anfield as he produced 54 goals and 45 assists, as well as scoring a number of sensational goals.

But now that Jurgen Klopp has evolved his team to play without Coutinho, would a move back to Anfield actually benefit the team now?