Aston Villa: These fans are over the moon with Jack Grealish training photo 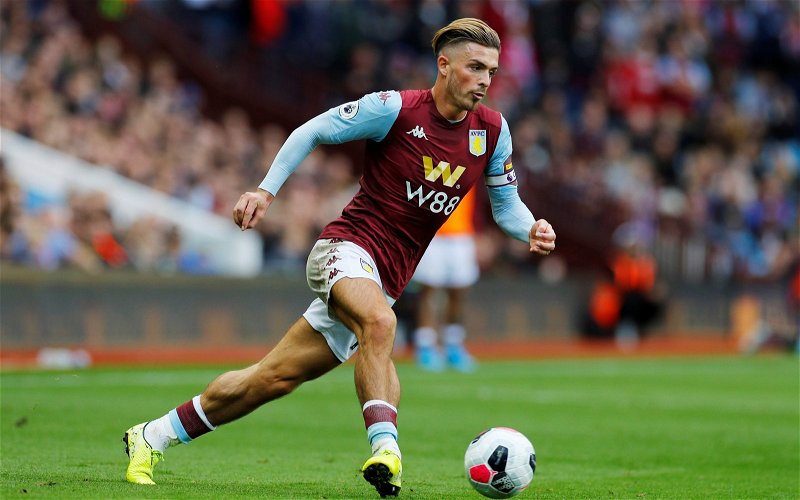 Some Aston Villa fans have taken to Twitter to share their delight after a picture was posted of Jack Grealish in training.

This comes after Villa fan Twitter account @villareport shared a post on their page that included a screenshot taken from defender Frederic Guilbert’s Instagram story, which Birmingham Mail also posted. This story included an image from one of Villa’s training session that also included the injured Jack Grealish.

This tweet then gathered a number of replies from Villa fans who were overjoyed with Grealish’s involvement in the training session.

Here’s a sample of Villa fans happy to see Grealish in training:

So Jack IS back in training. Fantastic

The midfielder has missed Villa’s previous two Premier League matches after suffering a calf injury in their 3-0 defeat to Manchester City last month. But, the club stated earlier this week that he should return to training at some point this week, and it appears as if he now has.

So Jack has actually returned to training now

What do we think?
Given the 24-year-old’s impressive record for Villa so far this season, it’s no surprise that these Villa fans are thrilled to see him back in training. In 12 appearances for Villa in all competitions, Grealish has scored four goals and made four assists (per Transfermarkt). In the two recent league games Grealish missed through injury, Villa lost both against Liverpool and Wolves, both with a 2-1 scoreline (BBC Sport).

After these run of defeats, Villa find themselves in 17th place in the Premier League table, just above the relegation zone. With Grealish’s seemingly imminent return, Villa fans will be looking to him to get their season back on track.