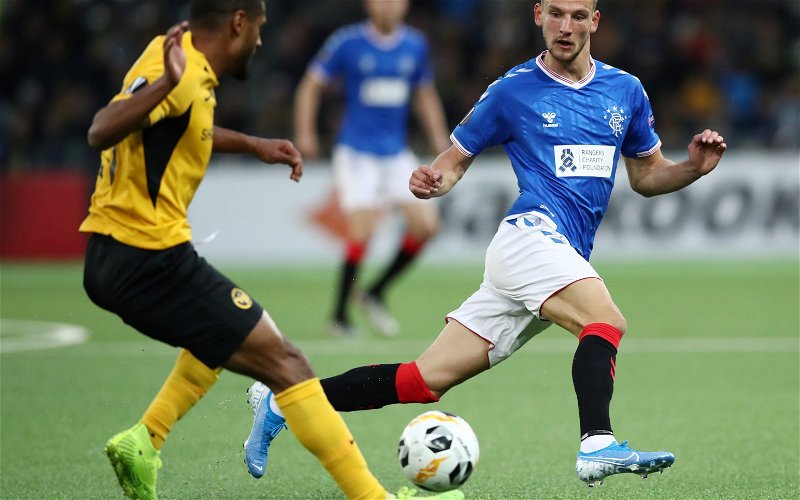 One of the many Rangers players representing their country this international break is Borna Barisic. The Croatian started in his country’s match against Slovakia this week as Croatia ended up winning the game 3-1.

It was a convincing performance from the Croatians following their trip to the World Cup Final in 2018. Despite losing to the French, the ability to make it that far should inspire Croatia going into the Euros next summer. But how exactly did Croatia do, and how did Barisic contribute?

TIF Tactics – How did Barisic contribute to his team’s win?

The Croatians controlled for a majority of the match owning 66.23% of possession over the game’s 94 minutes. They scored three goals, slightly short of their xG (expected goals) of 3.39. They also had an overall passing accuracy of at 90.6%

Barisic, while not getting on the scoresheet himself, set up one of the goals games earning himself and assist. He had an 84% passing accuracy, completing 42 of his 50 attempted passes. Of his two long passes, 100% were accurate. He made seven crosses, 43% of which were accurate. All of these averages are higher then what he normally achieves during a 90 minute period during 2019/2020. On average this season his pass accuracy has been 80.6% per 90 minutes, his long pass accuracy has been 49.5% and his crossing accuracy is been 31.5%.

These increased numbers may be due to the players progressively more impactful performances for Rangers as well. But one area where Barisic has improved the most is his attacking contributions. On average, per 90 minutes, Barisic achieves 1.62 shot assists. In this game, in particular, he had three. He completed two out of his three attempted dribbles and won two out of his three offensive of duels.

With the offensive football Steven Gerrard is trying to play the season, Rangers fans will be happy to see Barisic show his attacking capabilities for Croatia. Currently, Barisic has the second most number of assists and Gerrard’s team with eight, behind James Tavernier who has 10 (transermarkt.co.uk).