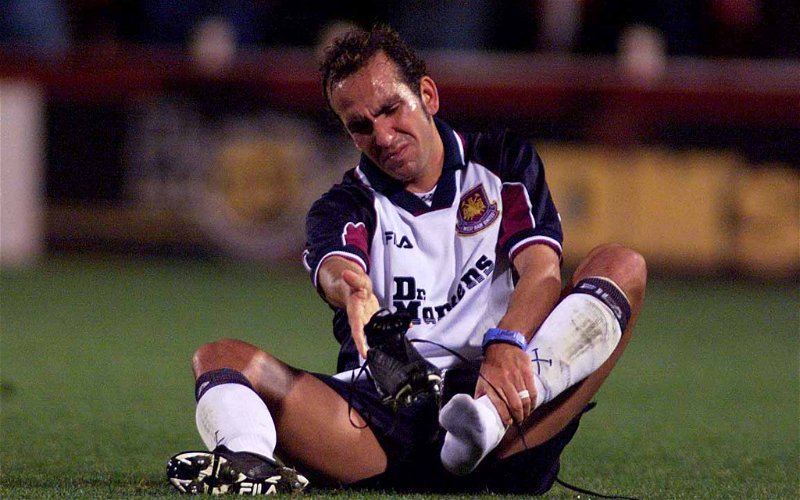 West Ham United fans have pondered the idea of former player Paolo Di Canio becoming the next manager of the Hammers.

The 51-year-old Italian has managed Swindon Town for 95 matches and Sunderland for just 13, meaning this would be a massive step up for Di Canio.

The fan reaction was a mixed one, they seemed to like the idea of the Italian in charge but were unsure of how well he would do results-wise.

Would you ever like to see Di Canio as West Ham manager? RT= Yes /Like= No pic.twitter.com/OKzNOHVMIn

Amazing player but I’m not sure he is decent manager

One thing for sure it would be absolutely mental under him.

No. Love him as a player and a man, and would like it to stay that way.

One fan did suggest an assistant manager role for the Hammers, which could be a good way for Di Canio to get used to this high level of football management.

I think he’d work best as an assistant manager under a calmer manager. Someone to inject some passion and energy into the team

He done really well with Swindon on limited budget, but the demand for results at a higher level with no budget was always a downward spiral job. He kept them up but he following season wasn’t backed by the board.

If he was backed with funds at #whufc he would be ok.

Too volatile to be top shelf manager… loves him to bits as a player but his management style would have half the squad going into battle with him and the other half having issues with his character and demeanour so I’d have to say NO ?????

Perhaps if Di Canio goes off and manages a Championship side first and does well, then he might be ready for West Ham in the Premier League – something that former Hammer Frank Lampard appears to have used to his advantage following his spell at Derby County prior to his Chelsea move.

When considering the Italian’s spell at the Stadium of Light, his last management role with Sunderland was rather poor, as he only achieved an average points haul of 0.92 per game.