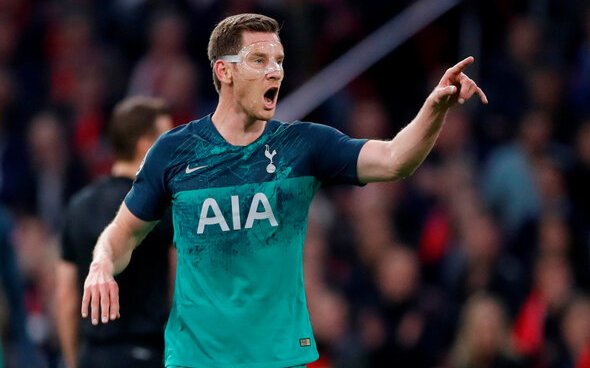 As Spurs prepare to face West Ham at the London Stadium in the early kick-off on Saturday, Mauricio Pochettino looks set to be without both Erik Lamela and Jan Vertonghen as Spurs aim to pick up their first league win since September.

Pochettino’s side last picked up three points in the league against Southampton back in September and will be looking to win their first away game in the Premier League since January when they visit West Ham this weekend. However, it seems as if they will be without both Lamela and Vertonghen for the game; after it was reported by Football London that both players were doubts for the game.

Neither of Lamela and Vertonghen have featured since the 5-0 win over Red Star Belgrade, struggling with thigh and hamstring injuries respectively. Spurs’ Argentine winger had made a promising start to the season; averaging a 6.94 rating for Pochettino’s side in his 12 appearances so far this season. Vertonghen meanwhile, has struggled for Spurs; averaging a 6.61 rating ahead of his possible summer exit.

Fortunately for Spurs, they have a lot of depth on the wing, with any of Lucas Moura, Giovani Lo Celso or Ryan Sessegnon possibly available to start against West Ham, should three-goal Lamela not make the cut. Pochettino will probably opt for a centre-back partnership of Davinson Sanchez and Toby Alderweireld in the absence of Vertonghen, who is yet to feature since the end of the last month.

The game itself represents an excellent chance for Spurs to pick up a win and hit the ground running after the international break, with West Ham one of just three teams currently below Spurs in the Premier League form table. Both sides are without a Premier League win since September so it could be a very tight game at the London Stadium on Saturday, but Spurs will have to find a way to win without Lamela and Vertonghen.