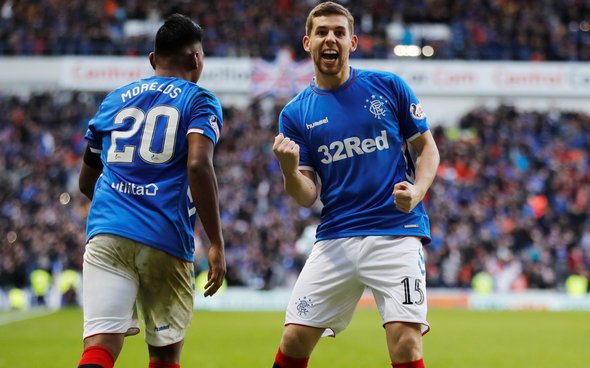 With the end of the decade rapidly approaching, AnfieldEdition on Twitter have been rating several of Liverpool’s players throughout the last 10 years and after they posted a picture of Rangers full-back Jon Flanagan, it seems as if he isn’t exactly remembered for good reasons on Merseyside.

Flanagan came through the academy at Anfield and went on to make 51 appearances for the senior side. After loans to Burnley and Bolton Wanderers, the right-back eventually left the club on a free transfer in 2018 before reuniting with Steven Gerrard at Rangers.

The 26-year-old was tipped to have a big future at Anfield but many believe his career was ruined when he assaulted his girlfriend in 2018; for which he received a 12-month community order. He has struggled for game-time since signing for Rangers; featuring just seven times for Gerrard’s side so far this season.

When AnfieldEdition asked fans for thoughts on Flanagan’s time with the Reds, opinions were certainly split, as can be seen from the tweets below.

Bad behaviour and being average didn’t help him at all. Never really saw anything special in him

Hpw did he split fanbase..He was rubbish

Immediately disqualified from being anything other than a black mark on the club for his off field behaviour. Plus, let’s be honest here your nan has a better first touch.

He wasn’t good enough, on and off the pitch

These Reds fans don’t exactly seem to have good memories of Flanagan’s time at Liverpool.

Flanagan was a fairly limited right-back but did a decent job for the Reds in his time at the club; as well as scoring his wonder goal against Spurs in 2013. A player who never really lived up to his promise, you feel that even if Flanagan was still around, he wouldn’t be anywhere near Jurgen Klopp’s current first-team squad.