Leicester City are said to be among a number of clubs interested in Leeds United loan defender Ben White. The 22-year-old who is currently on-loan from Brighton and Hove Albion has earned rave reviews for his impressive performances so far. According to the report, Liverpool and Manchester United are also said to be monitoring the central defender’s situation.

The Athletic (via Inside Futbol) claim the Foxes have been added to the list of a number of clubs which also includes Wolves that could be set to table a bid for the player in the summer. Brighton, the player’s parent club, will almost certainly recall White at the end of the season and if the money is right could be willing to part ways with him on a permanent basis.

Would you like to see Ben White at the King Power Stadium? 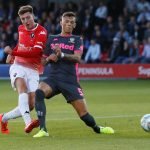 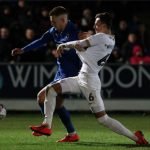 The interest in his services won’t have gone unnoticed at the AMEX stadium and a bidding war could be just what Tony Bloom is after.

A star in the making

Leeds United are going well in the Championship this season and currently occupy second place; just two points behind the leaders West Brom. They boast the best defensive record in the division having conceded just ten goals and White has started all of their league fixtures so far.

In terms of his individual displays, White has been one of the club’s standout players and according to WhoScored.com, his average performance rating is 7.25/10. Therefore the central defender ranks as their second-highest performer in the entire squad.

Indeed, when taking his individual statistics into consideration, it is hardly a surprise a club like Leicester are looking to potentially acquire him and bring him to the King Power Stadium. According to the data collected by the data analysts, the 22-year-old has managed to achieve an average of 1.9 tackles, 2.7 interceptions and 3.5 clearances in the 18 matches he has played for Marcelo Bielsa’s side in the Championship.

If the youngster’s form continues there will no doubt be a queue of clubs looking to acquire his services once the Premier League outfit recall him. A player not just for the future but for the here and now.