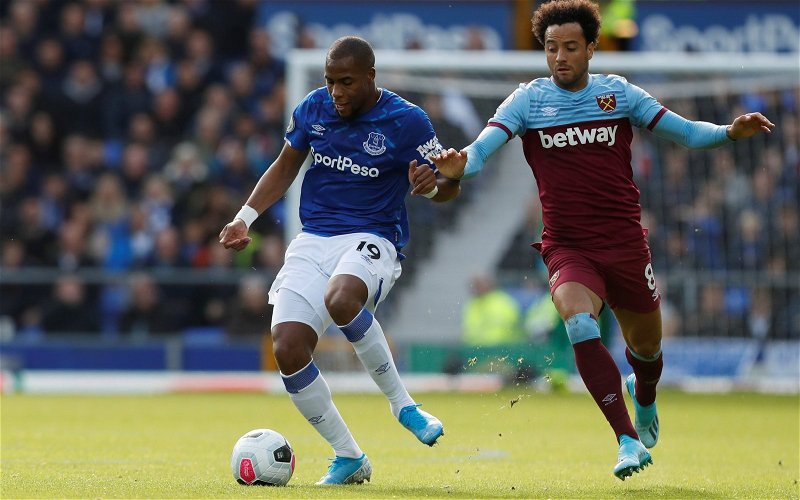 Everton fans have reacted to Djibril Sidibe’s story about how the club told him off for wearing a red tracksuit which symbolises the red of the Toffees’ Merseyside rivals Liverpool.

In a recent interview with the club, the on-loan Frenchman explained that he turned up to his first day of training at Finch Farm in an all-red tracksuit (as per Everton) – famously the colours of noisy neighbours, Liverpool.

The 27-year-old went on to explain that he was told he should never wear a rival’s colours by teammates (via Everton News Feed), which some fans felt strongly about.

Should not have said anything. Should have just cut it up & left the pieces on his locker. No chance of anything being lost in translation.

Must be a kopite

The Frenchman has been growing in favour of the Goodison Park faithful in recent months, having started all four of the Toffees last Premier League games under Marco Silva (per Transfermarkt).

However, some supporters took wearing red beyond the festive season and branded swerving a rivals colours as on the ‘extreme’ side.

He’s right tho. It is a bit extreme

I think he said he could believe people thought it was an issue. I don’t see where it hints he would never wear red again??

It is a testament to the commitment of some of the Everton faithful to their cause that they will totally swerve the colour red due to Liverpool’s affiliation, if a bit strange.

But, either way, it is good to see Sidibe getting emersed in Merseyside culture and that of the club’s supporters.