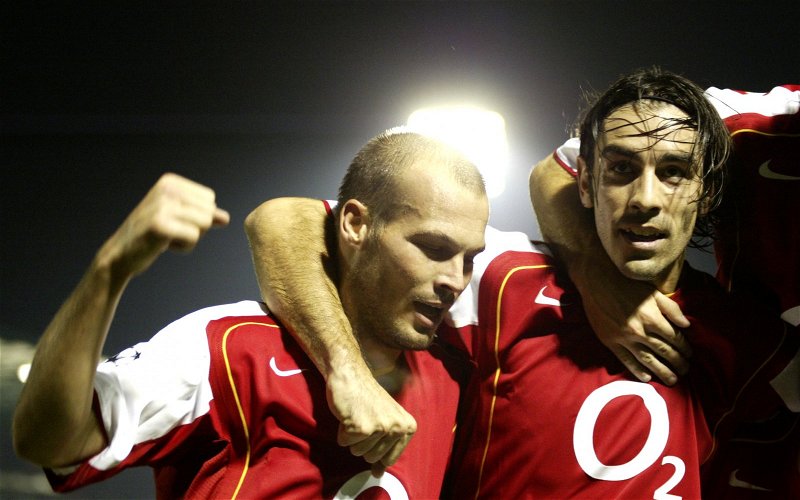 Arsenal smashed their transfer record when they signed Nicolas Pepe from Lille for £72m this summer. The Gunners fans were keen to see a winger arrive and it appears Unai Emery and the clubs hierarchy were in agreement. The Ivorian has struggled for confidence since arriving in the Premier League prompting questions over whether or not the club have made a worthwhile investment.

Putting the present to one side for the time being, these Arsenal fans have been tasked with selecting their favourite pair of wingers/wide-players from the list and the decision appears unanimous.

That’s too easy. Pires and Ljungberg.

Not even a question. Pires and Freddie

Robert Pires and Freddie Ljungberg were both part of the famous ‘Invincibles’ squad of 2003/04. Pires scored 84 goals and registered 40 assists in 283 games for the club and formed a particularly strong understanding with the great Thierry Henry. Ljungberg operated from the opposite flank (the right) but was best known for his late diagonal runs into the penalty area, with the Swede scoring 71 goals and making 36 assists in 326 games.

Not only do the pair represent one of the greatest era’s in the club’s rich history but they both remain a part of the furniture at London Colney. Ljungberg is currently one of Emery’s assistant coaches and Pires regularly trains with the team in order to stay in fit. The term ‘legend’ is often thrown around loosely but when it comes to these two, it’s fully justified.