Arsenal: Fans tear into Unai Emery as they label captaincy situation a ‘mess’ 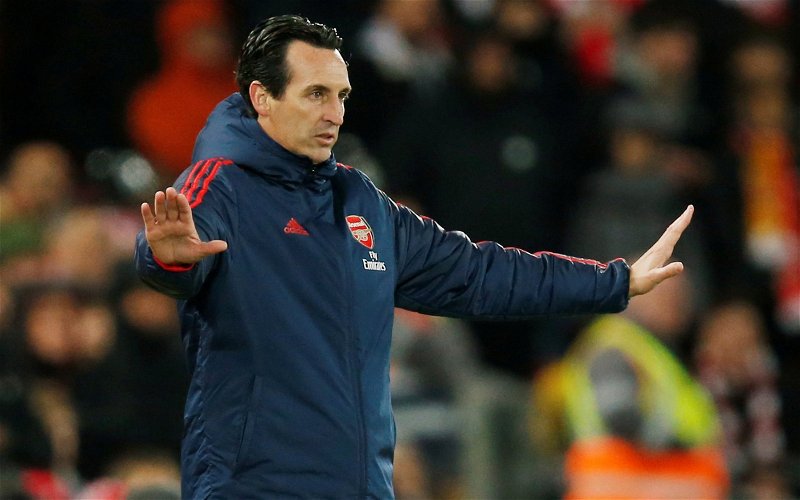 Unai Emery has announced that Granit Xhaka will vacate the role as club captain and Pierre-Emerick Aubameyang will take up the mantle. The change comes as a result of Xhaka’s outburst towards the Arsenal fans during the 2-2 draw versus Crystal Palace. The Swiss international has since failed to provide the supporters with what they would class as a sufficient apology and so Emery has stripped the player of the honour and turned to his most prolific goalscorer.

So how have the Arsenal supporters reacted to the announcement?

Oh good. Because when I think leadership, I think Aubameyang.

Seriously Unai just stop taking decisions already. The next man in already has to clean up your mess, don’t make it any worse.

This bit of management makes me sick. He should have stuck by Xhaka, had a word, protected him from all the abuse but not publically humiliate him. Sad times

The manner of the dismissal still smacks of Emery trying to buy brownie points from the fans. It will only serve to embolden and justify the position of the toxic component of the fanbase. The class that Arsenal had in the days of Highbury is a distant memory today. #ModernGame

Will that solve the problem at Emirates? Nope. The root of all these problems is Unai Emery. I wouldn’t be very proud to be the captain of a team headed by Unai Emery which is a show of its own.

The Gabonese striker joined the Gunners in January 2018 and has since scored 50 goals in 78 appearances making him by far the team’s most important player.  The criticism Emery is facing in the aftermath of this announcement is a consequence of his handling of the entire situation from start to finish.

Following Xhaka’s statement, many Arsenal fans felt the best thing would be for the Head Coach to take his player out of the firing-line, provide him with the right support before managing his transition back into the side. Instead, Emery has named a new captain, Aubameyang in the hope this could persuade him to commit his long-term future to the club.