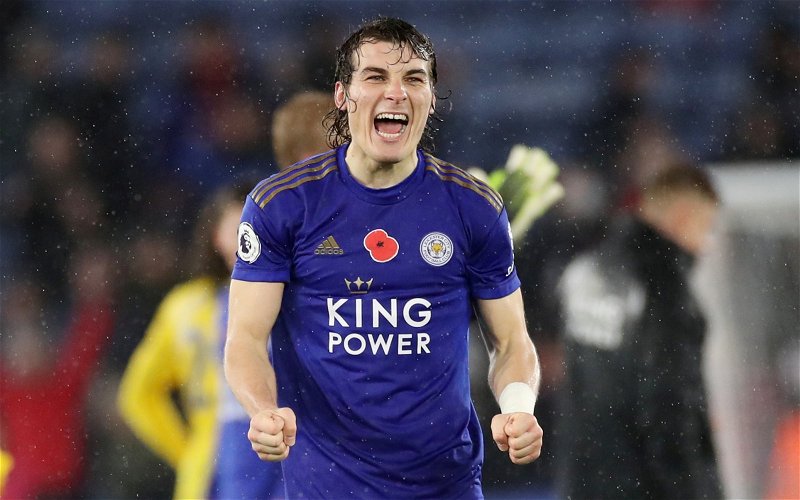 Arsenal were linked with Leicester City defender Caglar Soyuncu when he was still in Germany playing for SC Freiburg but a deal between the two clubs never materialised. The Turkish international went on to sign for Leicester City and has been a real hit at the King Power Stadium and has proved to be a brilliant addition.

Ahead of the upcoming international’s, Turkish Newspaper Star (via Leicester Mercury) had reported that the Gunners’ sent representatives to watch the centre-back in Turkey’s Euro 2020 qualifier versus Iceland, much to the surprise of these Arsenal fans.

Soyuncu would be a dream signing.

Are we mad? He just played against us On Saturday. Misuse of club resources.

We missed the boat on this…

Sending scouts to watch a player Unai Emery reportedly opted out of signing previously makes no sense. Not to mention that if the Gunners were wary of Freiburg’s asking price, given his impressive performances, Leicester City’s will now be significantly more.

Arsenal could certainly do with a top-quality central defender but given the two clubs are in direct competition for a Champions League spot it’s unlikely Brendan Rodgers’ side would even entertain the idea of strengthening their rivals. Nine points separate the two teams and Leicester City are in the far stronger position, largely down to Soyuncu and their superior defence. The Foxes have conceded less than half of the goals Arsenal have – highlighting what a big difference a strong central-defensive pairing can make.