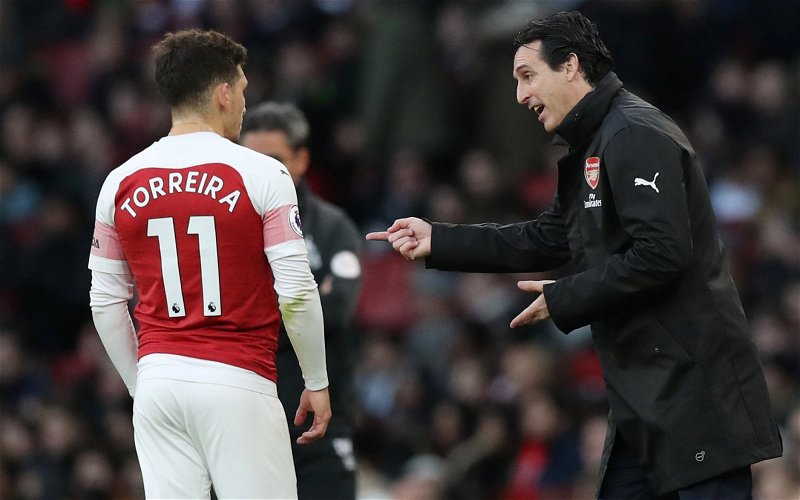 Lucas Torreira was one of Uruguay’s standout performers in their 2-2 draw with Argentina in Tel-Aviv on Monday night. Oscar Tabarez deployed the 23-year-old as the deepest-lying midfield player and his impressive display has prompted the Arsenal supporters to once again question Unai Emery’s decision to use him in a more advanced role.

These Gunners fans were not surprised to see their £49.5m-rated star shine in his preferred position and are calling on Emery to take note of Tabarez’s approach.

Playing as the deepest-lying midfielder, the little big man played an important part against Argentina. He played a big role in the opening goal and was also a brilliant guard to our defense throughout the game. pic.twitter.com/5KKrFRtrU1

@UnaiEmery_ It’s crazy what can happen when you play players in their best position, isn’t it?

Not bad for our back up striker!

Arsenal run the risk of losing a player they signed a little over 16 months ago with Torreira reportedly being unhappy regarding his role within the team. Emery’s decision to play the midfielder out of position (something the 23-year-old is said to be unhappy about) is not only having a detrimental effect on his individual performances but also on those of the team. With Granit Xhaka seemingly heading for the exit doors, the last thing Emery needs is his only other deep-lying midfielder to table a transfer request too.

The Gunners welcome Southampton to the Emirates Stadium and with Torreira set to feature, it will be interesting to see how he is utilised given his recent display in the famous colours of his native Uruguay.