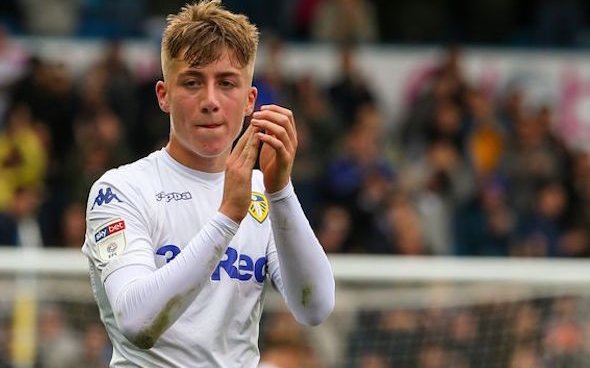 According to Football Insider, Marcelo Bielsa has made some surprising and confusing comments about Jack Clarke this season.

Jack Clarke moved to Spurs but was then loaned back to Leeds United, since that his only two appearances this season came in the League Cup. Despite this, manager Marcelo Bielsa has come out and praised the 18-year-old, which is very confusing given the fact he hasn’t given Clarke a single minute in the Championship.

According to Football Insider, Bielsa gave Clarke this feedback during ‘their private meeting‘: “Marcelo Bielsa has surprisingly told Jack Clarke he is happy with his efforts at Leeds United and he is doing even better than last season.”

Perhaps this is mind games to inspire other players in his position to do better? Otherwise, this feedback makes very little sense, although we don’t get to see him on the training ground every single day, so maybe the 18-year-old has been showing all the right signs there?

When Clarke played 70 and 46 minutes in his two outings in the League Cup respectively, he failed to score or assist in either of those matches and failed to leave a lasting impression on those games.

Like we stated above, nobody outside of the coaching staff and his teammates have seen what he’s been doing on the training ground, so maybe this is just praise based on that, as there really isn’t much more Bielsa could be praising him on.

However, it isn’t the first time that the teenager’s name has popped up this season with a sense of positivity surrounding his contributions in training, with Football Insider previously revealing in September that a number of senior first-team players were finding him a nightmare at times on the training pitch.

It’ll be interesting to see where this praise leads, you would now expect the 18-year-old to have some sort of involvement in the upcoming games, which up until now had seemed very unlikely.