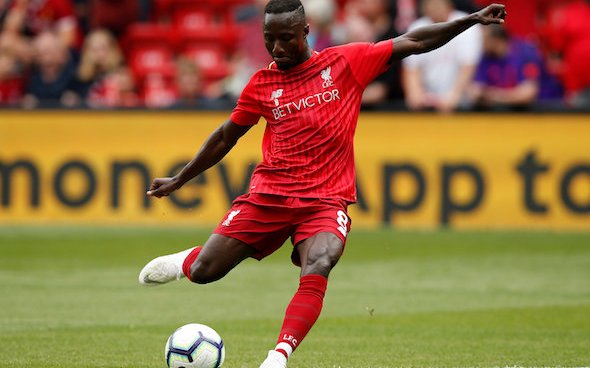 This week saw Naby Keita play his first full 90 minutes of the season for Liverpool (Transfermarkt), and the way he played in the Champions League was nothing short of sublime. The ex-RB Leipzig midfield man was a workhorse in midfield, and he laid the foundation for the 4-1 win with his incredible display up and down the pitch.

Looking at the stats, Keita put in three tackles and made a single interception defensively whilst also completing three dribbles, one key pass and winning two fouls for his side. With the ball, though, is where he shone, as he completed 93.2% of his 118 passes (WhoScored).

The fans certainly picked up on how strong Keita’s performance was, and whilst Alex Oxlade-Chamberlain grabbed the headlines with his two goals (BBC), Keita was absolutely key to the win as he linked the play and showed off his engine in the middle of the park.

Naby is exactly what we need in midfield… Forward & Creative thinker!!! He compensated his lack of pace with proper positioning that’s what great footballers do.

Can’t wait for the Spurs game..YNWA

He got 110 successful passes i think. #LFC

Disagree. Played with no flair but feel like klopp must of gave him a job and he did it to a t

A think he’s a great player what a think he lacks is that bit of pace when tracking back. Also gomez can’t have much future if Milner is also a head in the pecking order

However, some fans weren’t prepared to get ahead of themselves. Despite the Guinean’s performance in midfield, some supporters were quick to point out the gulf in class between Genk and the usual opponents they face in the Premier League and still want to see more from Keita.

It was only Genk. Don’t get carried away.