Whelan: Dallas has been ‘quite incredible’

BBC Radio Leeds pundit Noel Whelan has said that Stuart Dallas is “probably the most improved player” in the Leeds squad after another brilliant display against Barnsley.

Leeds went back to the top of the league after the 2-0 win on Sunday, with goals from Eddie Nketiah and Mateusz Klich clinching the points late on.

Former Leeds player Whelan singled out Dallas for praise, with the 28-year-old on a high after signing a new long-term contract with Leeds last week.

Talking to Football Insider, Whelan said, “He looks like he’s playing with a smile on his face, he’s very, very fit, defensively he’s become a lot better – he’s a player that, at the minute, is straight into the team, he’s one of the first names on the teamsheet.

“The performances that he’s put in have been quite incredible, it’s nice to see him enjoying his football. Last season was hampered by injuries, he was in and out, but this season he’s started like a house on fire.

“Probably the most improved player in the squad, to be quite honest with you.” 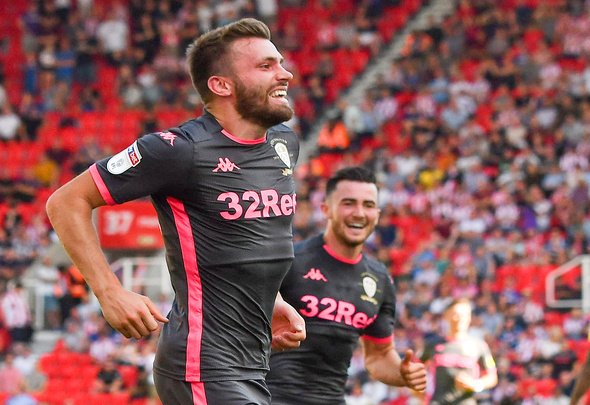 Dallas has played in a variety of positions for Marcelo Bielsa – he played in both full-back positions and on the right and left of midfield for Leeds last season.

That sort of versatility is invaluable but Dallas has made the right-back position his own after Luke Ayling was sidelined after surgery this summer.

He’s delivered at a consistently high level – the lowest rating he’s received from WhoScored this season was a 6.71 in the 1-1 draw against Nottingham Forest, and he’s had four ratings above a seven, including a 7.62, his highest of the season, against Barnsley.

That was well deserved.

According to LUFCDATA, he had an 80% pass accuracy, put in six crosses, created three chances, made two tackles and had two shots against struggling Barnsley.

They dubbed it, “Another excellent display. High intensity, non-stop running.”

Leeds fans were impressed with Dallas too and reacted on Twitter after the 2-0 win.

Ayling should play today for the under 23's but is going to have a very hard time taking back his right back spot from Dallas. #LUFC

Ayling is set for his return in the Under-23s today when Leeds take on Watford at Elland Road.

He should then be in contention for a return to the first team, but this fan thinks he’s going to have a “very hard time” winning his place back from Dallas.

Best bit for me today was that superb Stuart Dallas sliding tackle on Wilks early on… As good as a goal!! #lufc

Another fan pointed to a sliding tackle that Dallas made on former teammate Mallik Wilks calling it, “As good as a goal!”

#lufc
Dallas is absolutely massive to the team this season…Ayling will struggle to get a look in when he's fit and rightly so.

This fan said Dallas has been “absolutely massive” for Leeds this season and repeated the view that Ayling will struggle to get back into the first team.