Scott Arfield gave Rangers fans a massive fright on Saturday when he conceded a penalty in the Light Blues’ 3-1 win against Livingston at Ibrox.

The Canada international gave away the spot-kick early in the second half when he chopped down Lyndon Dykes, leading to Stevie Lawless putting Livi ahead by blasting the ball past Allan McGregor in the Gers’ goal.

Luckily for Arfield, James Tavernier’s goal several minutes later brought the scores back level before Alfredo Morelos finally put Steven Gerrard’s side ahead and spare some of the ex-Burnley midfielder’s blushes in an afternoon that he would probably rather forget.

A section of Rangers fans on Twitter were less than impressed with what they saw from Arfield in their latest Scottish Premiership fixture and here is a selection of some of their angry tweets:

Pathetic Arfield wtf was that

Scott Arfield has had a poor start to the season and that about sums it up for him atm. 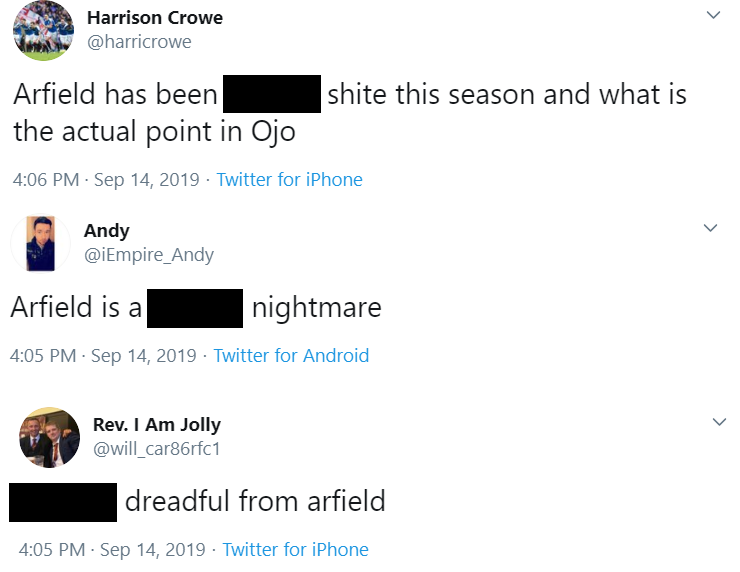 It is a bit harsh to say that Arfield is “over-rated”.

The 30-year-old was one of the most important players for Steven Gerrard last season when he made 46 appearances across all competitions, scored 12 goals and supplied seven assists.

It seemed like they were lost without him on the pitch, so keeping him in the side is still a justified decision by Gerrard despite him conceding a penalty on Saturday.

scott arfield is the most overrated player ever

This next fan believes that Arfield is not playing well at the moment because he needs a rest – but he did not have any international commitments during the recent international break?

Arfield has not played an international game for Canada since June but he has had a busy summer for his club by playing seven of their eight Europa League qualifiers and then featuring in four of the opening five Scottish Premiership fixtures.

He’s only 30-years-old though and there is surely still a lot left in the tank for the ex-Burnley man.

Arfield is golden but needs a break from the starting 11 – starting to think his legs have gone.