Leeds United owner Andrea Radrizzani has given the green light for the club to hand a new deal to Mateusz Klich, according to Football Insider.

The report suggests that the Pole is in line for a “major pay hike”, in keeping in recent deals handed to Kalvin Phillips, Stuart Dallas, and Liam Cooper.

It is understood that Klich will sign a new long term deal “imminently”, as United look to reward key members of Marcelo Bielsa’s squad in their continued push for a return to the Premier League. 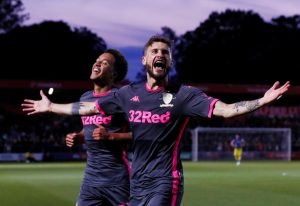 Does Klich deserve a new deal?

If United are pursuing a policy of handing big deals to key figures, then Klich should absolutely be given one.

The Pole has done well to fight his way back into contention at Elland Road after being shipped out on loan to FC Utrecht in the second half of the 2017/18 season, and ever since Bielsa took over in the dugout, he has featured in every single Championship match, including two play-off semi-finals, as per Transfermarkt.

That in itself should tell you just how important the 29-year-old is to the team, but his contribution during those appearances have been equally impressive.

So far this term he has registered a pass completion rate of 82.5%, including a 69% pass accuracy when playing balls into the final third, as per Wyscout.

He has also managed 2.96 touches in the opposition box, as well as a dribble success rate of 71.4%. 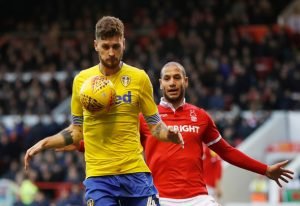 As a point of reference, Tottenham Christian Eriksen, widely regarded as one of the finest playmakers in the English game, has registered a pass completion rate of 81.7%, with 75% accuracy playing it into the final third, as per Wyscout, but has also managed just 1.97 touches in the opposition box and a dribble success rate of only 43.9%.

In short, Klich is keeping pace with some of the top players in the country right now, and is fully deserving of a new deal, should he put pen to paper on one.