Leeds slipped off the top of the league after losing to Charlton on Saturday.

The team that took their place at the top are Leeds’ next opponents and West Brom will pose a serious test of character.

Talking in his pre-match press conference, Marcelo Bielsa said that West Brom would be the toughest opponents Leeds have faced this season. However, we think it’s the perfect game for Bielsa’s men.

West Brom are top of the league and unbeaten, and should come to Elland Road to attack.

That could play into Leeds’ hands, who smashed West Brom 4-0 in the last league game at Elland Road. 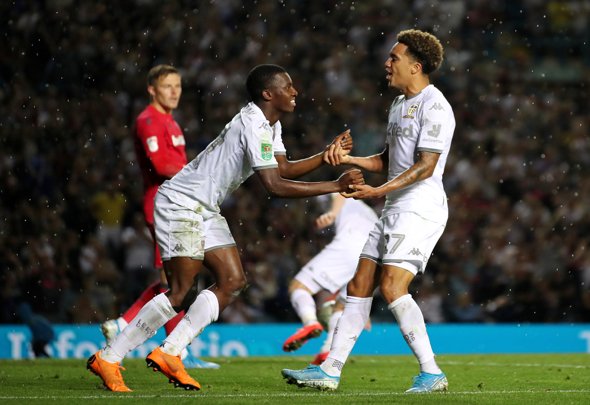 Injuries
Pablo Hernandez is out but could be back for the weekend. Adam Forshaw is ‘probably’ out and still hasn’t recovered from the knock he had before he played 45 minutes against Charlton.

Goalkeeper
Kiko Casilla will take the gloves against West Brom.

Defenders
Luke Ayling and Barry Douglas started for the Under-23s today which means they’re unlikely to start tomorrow. We think Bielsa goes with the same four from Saturday, which means Ezgjan Alioski on the left, Ben White and Liam Cooper in the middle, and Stuart Dallas on the right.

Midfielders
Kalvin Phillips didn’t have a good game on Saturday and needs to step back up to his imperious form against the league leaders. He should take the defensive midfield spot, with Mateusz Klich and Jamie Shackleton ahead of him.

Attackers
Surely something has to change? Patrick Bamford has blanked in his last four games but Leeds haven’t struggled to create chances. Eddie Nketiah could come in and given the nature of the game, and the space Leeds are likely to have, we think Bielsa will finally unleash the Arsenal loanee. Jack Harrison and Helder Costa will take the wings, with Pablo Hernandez still out injured.

Changes
Out: Bamford
In: Nketiah

Watch it!
The game is being broadcast on Sky Sports Main Event tomorrow night, with a kick-off time of 7.45pm

This is the starting XI we think Bielsa will put out against West Brom: 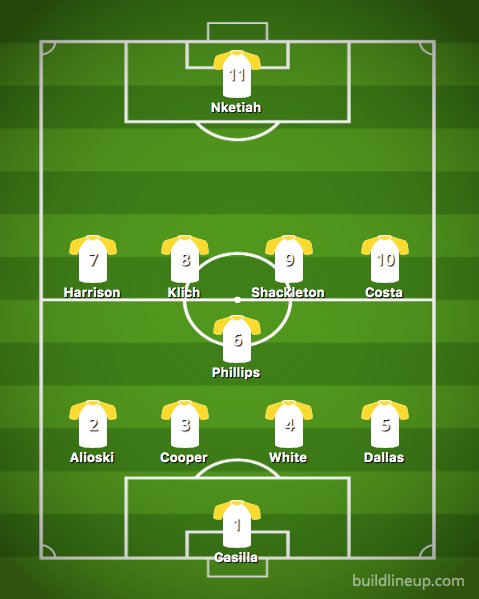