Pistone: Kean will fall in love with Everton

The teenage Italian has yet to score for the Toffees, but his compatriot, who played for the Blues between 2000 and 2007, has backed him to put in the effort to be a success on Merseyside.

Speaking to the Daily Mail, he said: “Moise will have to give 100 per cent to be loved. He is a player with great perspective, with huge potential and an education in Italian football.

“To become their main man he has to make the jump from being a squad player to one that can take them to trophies.

“It won’t be easy but the city of Liverpool is a perfect place to improve his game. He will fall in love with it.” 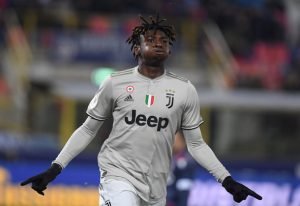 Can Kean be a success for Everton?

It’s fair to say that the young Italian is taking a little while to warm up to life in the Premier League.

Six appearances have yielded no goals and just the one assist thus far, and he looks to be some way off the pace he set at Juventus last season, when he scored one goal every 89 minutes in Serie A, as per Transfermarkt.

The weight of his £24.75 million move to England [Transfermarkt] has no doubt raised expectations of him somewhat, but it’s very important to remember that for all of his goals in Italy, and despite the exorbitant fee paid out for him over the summer, he is still only 19.

That means he has plenty of time to get up to speed and to start repaying his transfer fee, if he hasn’t already. 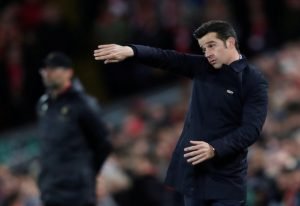 He may not have found the back of the net yet, but there have certainly been signs that Kean can be a real danger man for the Blues.

For example, he has made 1.6 progressive runs per game in the Premier League so far this season, and has a dribble success rate of 38.9%, as per Wyscout.

By contrast, Dominic Calvert-Lewin, who has been Marco Silva’s go-to man up top for much of the campaign so far, has managed just 0.43 progressive runs, and a dribble success rate that is over 5% worse, as per Wyscout.

Obviously, Kean still has a long way to go, and obviously Calvert-Lewin far, far outstrips him on other stats, such as his aerial prowess, but already, even when he is operating below his highest level, it would appear that the teenage Italian is the Toffees’ most direct dribbling threat at the point of attack.