West Brom are the only team that are yet to taste defeat in the new Championship season but there have to be some alarm bells ringing about the away performances of Matt Phillips lately.

Phillips, 28, has started all seven Championship fixtures for the Baggies so far in the new season and while he scored a winning goal away against Nottingham Forest on the opening day, his performances on the road since then have become a concern.

The Scotland international’s latest display, in the 1-1 draw against Fulham at Craven Cottage on Saturday, was perhaps his worst of the season before Slaven Bilic decided to hook him off just short of the 60-minute mark and replace him with Kyle Edwards, who made quite the impact off the bench.

According to stats by WhoScored, the former QPR attacker has failed to register a single shot at goal on his last two away appearances when he played in 1-1 draws against Derby and Fulham.

In those games, Phillips also failed to complete a single successful dribble at Pride Park and Craven Cottage. 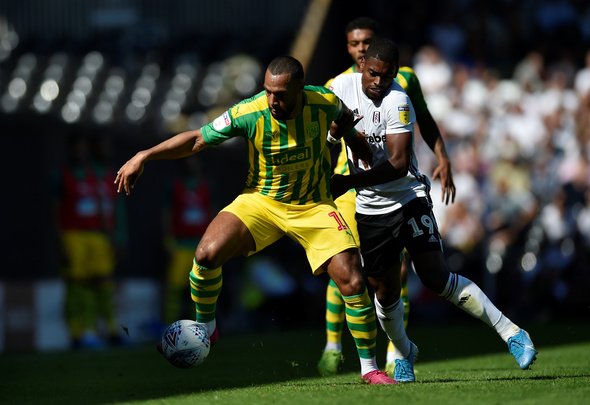 In front of the home fans at The Hawthorns, Phillips has been a different beast.

The 28-year-old fired three shots at goal in each of his appearances against Blackburn and Reading in the Black Country and also completed one dribble versus Blackburn and two versus Reading.

It could be too early in the season for Bilic to make a drastic change and start dropping Phillips from his starting line-up when West Brom are playing away from home, but the winger’s limp displays on the road are becoming a concern.

West Brom’s unbeaten run is unlikely to last long unless something is done.

Phillips might need a rest as he is someone with injury issues and has just come back from international duty with Scotland where he played 11 minutes against Russia and 77 minutes against Belgium.

Or Bilic should drop the idea of playing Phillips out on the wing when away from home and use him in the number 10 role behind either Charlie Austin or Kenneth Zohore and let him play off the two strikers.

West Brom kicked off a tough run of fixtures against Fulham this weekend and have big games on the horizon against the likes of Huddersfield, QPR, Leeds, Cardiff and Middlesbrough.

The matches against QPR and Leeds are both away from The Hawthorns and they are the games where Phillips needs to be closely scrutinised to see if anything changes after poor showings at Fulham and Derby.