Parrott must be knocking on Pochettino door

If it was up to the Tottenham fans, Troy Parrott would already have seen first-team action.

They’ve been calling for him to get a chance under Mauricio Pochettino for a while now and the calls are going to get louder after a stunning international break for the youngster.

He scored the winning goal on his debut for the ROI Under-21s last Friday in a 1-0 win over Armenia.

His overall performance was fantastic, with a 91% pass success rate and six shots, two on target. [WyScout]

He was, perhaps surprisingly, benched for the next game against Sweden but came on at half-time with his side 1-0 down and scored two goals in a 3-1 win.

That’s got him on the radar of ROI senior manager Mick McCarthy who said he would consider him for a move up but said he wanted to see him play for Tottenham first. 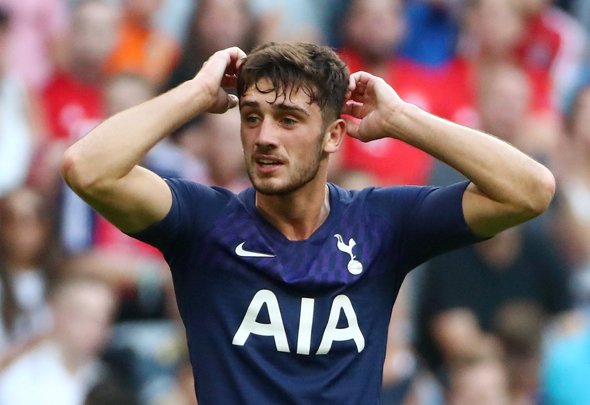 Poch must unleash him v Colchester

There’s a perfect opportunity for Pochettino to give him his full debut, with a Carabao Cup game against Colchester on September 24.

That comes after a busy period for Tottenham that sees the first Champions League fixture against Olympiacos sandwiched between Premier League games against Crystal Palace and Leicester.

Tottenham then travel to Colchester and Pochettino will surely be looking to rest Harry Kane, who’s played two internationals himself this past week.

His fitness is absolutely key to Tottenham in the two elite competitions this season and Parrott must be desperate to prove what he can do for the first team.

What better opportunity than a run at Colchester, who are simmering away in mid-table in League 2.

The real question is, if not then, when?

If Pochettino doesn’t play Parrott against Colchester, is he really going to get a sniff of first-team action this season?

Pochettino won’t want to overexpose the youngster – he’s only 17 after all – but Parrott has bulked up, has the bit between his teeth at the moment and is ready for his shot.

The three goals he scored in the past week sends one hell of a strong message to Pochettino.