Danny Mills has hailed Everton new boy Fabian Delph for his contribution to the side.

The England international signed from Manchester City over the summer, and while he may only have the one Premier League start to his name so far, Sky Sports pundit Mills has been quick to sing his praises.

Speaking to Football Insider, he said: “I think Fabian Delph has come in and done very, very well and he will be very, very good.

“That’s what he’s very, very good at. He brings that mentality, that edge, that discipline and that know-how, how to win.” 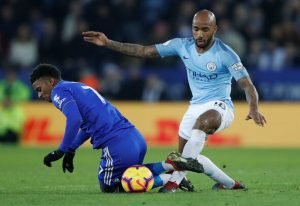 What does Delph offer Everton?

In the absence of Idrissa Gueye, it was absolutely vital that Everton found a midfielder with plenty of grit and guile to partner Andre Gomes in the centre of the park.

In Delph, it would appear that they have found the ideal candidate.

It is still early days for the 29-year-old, of course, but you don’t win two Premier League titles with Manchester City without a bit of quality, and the initial signs are that he could be a fantastically shrewd addition for the Toffees.

During his Premier League debut against Wolves a week and a half ago, he managed four tackles, two interceptions, and two clearances, as per Whoscored.

In that respect, he was everything the Toffees were hoping for – defensively astute and intimidatingly aggressive in the engine room.

But Delph’s influence went beyond the usual briefing of a demolition man. 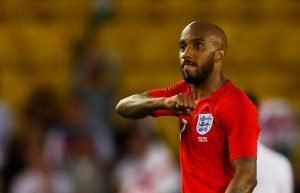 The midfielder also registered 62 passes, at a completion rate of 87.1%, including six long balls, as per Whoscored.

The Toffees arguably have the most mouthwatering attack they have had in quite some time this season, with the likes of Alex Iwobi and Moise Kean joining Richarlison, Bernard, and Gylfi Sigurdsson in the final third.

But every attack has to start somewhere, and based on his debut, Delph will provide a wonderful foundation for Marco Silva’s more eye-catching talents.

Not only is he tidy and efficient in possession, but he also has a great range of passing too, and whether it’s laying the groundwork in central areas with neat, crisp interchanges, or springing high defensive lines with balls in behind, Delph has the vision and the capability to be a real asset to the Blues this term.