Leeds United fans should be thrilled to know that Kalvin Phillips might not be the only player getting a new contract at Elland Road.

According to The Athletic journalist Phil Hay, Leeds are in discussions about securing new deals for multiple players and one of them is Poland international Mateusz Klich.

Klich’s current deal expires at the end of the season but it seems as though the Whites have set the wheels in motion to ensure the central midfielder does not leave Elland Road in 2020.

As it stands, Klich could agree a pre-contract deal with a club outside of England as soon as January comes around before eventually leaving on a free transfer.

But this latest update by Hay suggests that is something that is unlikely to happen unless terms cannot be agreed with the former FC Twente ace. 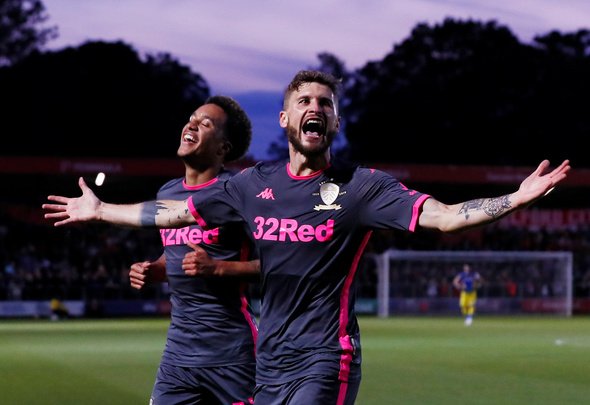 Klich’s career at Leeds has been an odd one.

He was snapped up by director of football Victor Orta and former manager Thomas Christiansen in 2017 but he barely played for the Dane before he was eventually shipped out on loan to Utrecht in January.

During his time in the Netherlands, Klich’s form improved and two changes of management happened at Elland Road that would see him return to Yorkshire as a player for Marcelo Bielsa.

Bielsa’s impact on Klich has been massive.

He has turned the Poland international from fringe player into one of the most important players in the side, constantly featuring in the heart of the Leeds engine room in the Championship.

Klich has started every league match since Bielsa’s arrival in Yorkshire and according to stats by WhoScored, is averaging more key passes per Championship appearance than any other player in the Leeds squad this season with 2.8. Pablo Hernandez follows the Pole with 2.7.

Leeds have suffered from having a lot of their players suffering injuries during Bielsa’s reign, but Klich has been indestructible and the one constant mainstay in the side.

If Leeds were to lose him in January, or next summer, then that would be a massive blow for Bielsa and the club’s hopes of promotion.

Hopefully discussions over a new deal can reach a conclusion soon so that any doubt that might surround Klich’s future is killed off.