Kenny responds when asked about long-term future at Schalke

Jonjoe Kenny has refused to discuss his long-term future at Everton after he was asked whether he would like to turn his loan stay at Schalke into a permanent one.

Kenny, 22, joined the Bundesliga side on a season-long loan in the summer transfer window and has already scored his first goal in senior football when he netted in the 3-0 win against Hertha Berlin last week.

The right-back’s form has unsurprisingly led to him being asked about his future at Schalke, but he has refused to give much away and is only concentrating on the present.

“It’s still too early for that decision,” Kenny told Bundesliga.com when asked if he can see himself staying at Schalke permanently. “I don’t want to live in the future. Whatever happens, happens. Now I’m definitely giving everything for Schalke.” 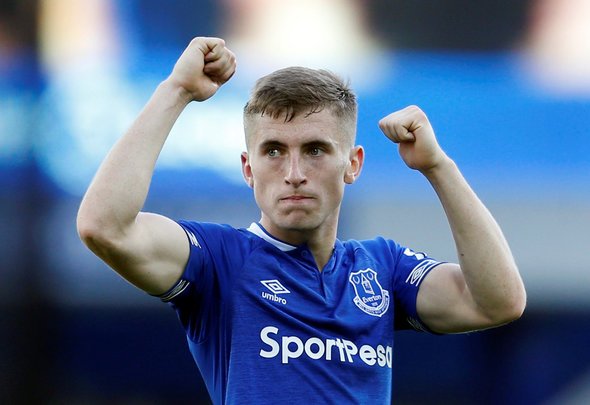 Kenny has had a decent start to life in Germany despite Schalke being dealt a tough run of fixtures to kick off their Bundesliga campaign.

The Everton loanee did well in the 0-0 draw against Borussia Monchengladbach, looked a bit lost in the 3-0 defeat to Bayern Munich before bouncing back impressively in the win against Hertha last week.

According to stats by WhoScored, Kenny completed 88.1 per cent of his passes in that win against Hertha while also completing one tackle, one key pass and one clearance.

Kenny was solid in defence by not being dribbled past once by an opposing player and was awarded WhoScored’s man of the match after he scored his goal.

Schalke fans will certainly be happy with what they have seen from the England Under-21 international so far.

Could Kenny be next English youngster to make permanent Germany switch?

As Kenny says, it’s way too early in the season to be making concrete predictions about his long-term future at both Everton and Schalke.

However the 22-year-old will no doubt be looking at the Toffees at the moment and seeing that Seamus Coleman is doing well at right-back while Mason Holgate, Cuco Martina and summer signing Djibril Sidibe are also there and can play in that position.

You would think that Kenny could force his way up to be playing ahead of them players, but if he is the first-choice at Schalke, and remains the first-choice there all season, it would not be a bad idea of his to follow the likes of Jadon Sancho and Ademola Lookman into being yet another English player to sign permanently for a Bundesliga club.