Hutton back Villa to land Tuanzebe

Alan Hutton believes that Aston Villa will be looking to complete a deal for Axel Tuanzebe in January.

The 21-year-old Manchester United spent last season on loan at Villa Park, featuring 28 times in the Championship, and Hutton, who played with him last term, is of the opinion that the Villans may look to land him again in the winter window.

Speaking to Football Insider, he said: “He’s very, very professional. That’s definitely how I’d say he was. Everything was football, whether it be how he ate, how he trained, constantly in the gym before and after – he was 100% professionalism.

“I’m surprised he’s not really had a chance as yet at Man U but I’m pretty sure that will come. Of course everybody wants to play and maybe that’s the situation he will look at and say: ‘right I need to continue playing.’

“I know Villa were very interested in him but Man U wanted to keep him, which is fair enough, he’s their player, it’s understandable but I think he’s definitely going to have a big future ahead of him.” 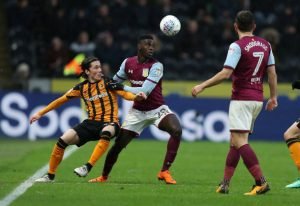 Would Tuanzebe be a good signing?

If the Villans could land him, then absolutely.

The 21-year-old showed his quality over the course of two loan spells at Villa Park, and it was in the Midlands that he really began to develop into the prospect that he is today.

Last term, for example, 1.1 tackles and 3.9 clearances per game, as per Whoscored, as well as maintaining a pass completion rate of 84.5 %.

All the signs were that he has the potential to kick on and become a top, top defender, and you can’t help feeling that were he at another club that didn’t demand the same instant results and inextricably high standards as Manchester United, he might have already gotten his break in the Premier League. 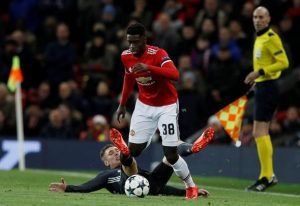 Is a deal likely to happen?

It depends on two things, really.

Firstly, how keen are Villa? Hutton might believe that his former club are interested, but after bringing in Tyrone Mings and Bjorn Engels over the summer, Dean Smith looks to have a pretty settled and reliable partnership at the heart of defence.

The youngster has yet to appear for the Reds this season, but he has been an unused substitute in each of their four Premier League matches, and it is clear that Ole Gunnar Solskjaer believes he has a role to play this term, even if it is just in a covering capacity.

At this stage, you would say that a third spell at Villa Park seems unlikely for Tuanzebe, but never say never.