Celtic and Rangers both had scouts in the stands to watch Lawrence Shankland’s latest hat-trick for Dundee United, according to the Daily Record.

The 24-year-old took his tally to the season to 15 with half of United’s six goal haul against Morton on Saturday.

And it is understand that both Glaswegian giants will continue to monitor his progress closely in the build up to the January transfer window. 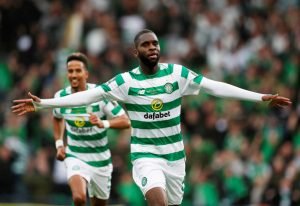 How does Shankland measure up to the Old Firm’s top talent?

There is no doubt that Shankland has started this season at a flying pace, notching up an impressive 15 goals in 12 appearances in all competitions at a rate of roughly one ever 65 minutes, as per Transfermarkt.

But how do his stats compare to those of Odsonne Edouard and Alfredo Morelos, the premier striking talent on offer at Celtic and Rangers respectively?

Hoops man Edouard has hit eight in 15 so far this term, at a rate of one every 156 minutes, as per Transfermarkt, a rate that is trampled by Shankland’s prolific displays.

Even Morelos, who has a massive 13 in 17, has only hit one goal every 84 minutes so far this term, as per Transfermarkt.

In short, Shankland is operating at a clinical level far beyond the output of those the Old Firm rely on most for their goals. 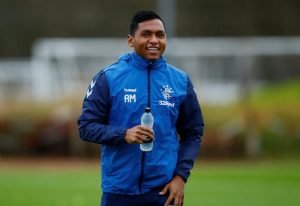 And his exploits are not going unnoticed either.

Speaking on Ladbrokes’ Social Club, former Gers boss Ally McCoist even went as far as to suggest that Shankland should be capped by the national side, despite playing in the Championship.

Dundee United assistant coach Lee McCulloch has even gone as far as to describe the 24-year-old hitman as “perfect”, as reported by the Evening Telegraph, and it is entirely understandable that the two biggest clubs in the country might be tempted to swoop for a player who is winning such glowing plaudits.

Everything considered, he could well prove to be a gamble worth taking.