Sam Allardyce has said that Leeds are falling down with the basics after their 1-0 defeat against Charlton on Saturday.

Talking on the Alan Brazil Sports Breakfast show (talkSPORT, Monday, 8.30am), Charlton manager Lee Bowyer said that Leeds were, “by far the best side we’ve played so far. The way they move the ball, their energy, their fitness levels, they create chance after chance, they’ve got good players all over the pitch.”

After the interview, Allardyce said, “Why do they keep slipping up if they’re the best team in the league?”

“I think set pieces and things like that,” replied Alan Brazil.

“The main reason is they make so many chances and they don’t beat teams,” said Brazil. “They don’t bury teams. That’s what they’ve got to pick up on.” 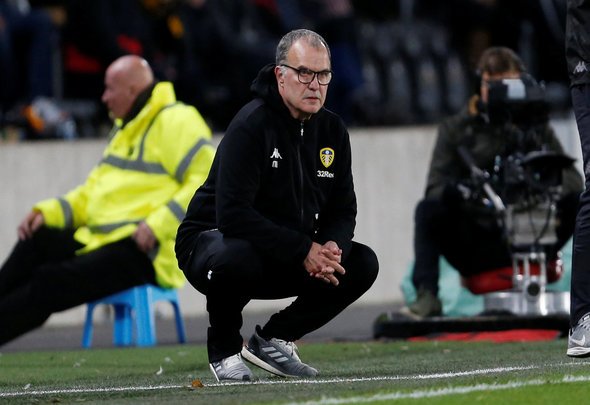 It’s hard to argue with Allardyce and Brazil.

If you take the recent game against Derby, which finished 1-1, Leeds had 63% of possession in the game and 13 shots with five on target. [SofaScore]

Derby only had five shots and just the one on target – the one they scored from in injury time.

SofaScore’s attack momentum graph shows just how one-sided the game was (Leeds are on the top).

Derby only came back into the game after a missed penalty from Mateusz Klich, which would have made the game safe.

That was definitely two points dropped and it’s a pattern that’s been repeated in other games this season.

Leeds have lost two games against Swansea and Charlton and had 61% and 72% of possession in these games.

Set pieces have been their undoing on a number of occasions, including against Charlton, and that’s something Leeds need to tighten up on. They’ve only conceded five goals, though – the real problems are up at the other end where they simply have to be more ruthless.