Lee Bowyer has said he couldn&#8217;t believe it when Leeds manager Marcelo Bielsa changed his formation at half-time in the Championship game on Saturday.

With the score at 1-0 to Bowyer’s side, after a goal from Macauley Bonne in the 32nd minute, Bielsa switched his Leeds side to a 3-5-2 formation at half-time, bringing on Adam Forshaw and Eddie Nketiah in place of Ezgjan Alioski and Jack Harrison.

His change had no effect though and Leeds couldn’t find the equaliser despite dominating possession.

Talking on the Alan Brazil Sports Breakfast show (talkSPORT, Monday, 8.30am), Bowyer said the change in formation proved how well his team had done.

“I couldn’t believe it when they went and changed formation at half-time,” Bowyer said. “Leeds have got a set way of playing. That’s credit to how well we were doing in the first half.”

Bowyer was full of praise for Leeds, though, saying, “They’re by far the best team we’ve faced so far, they’ve got good players all over the pitch.” 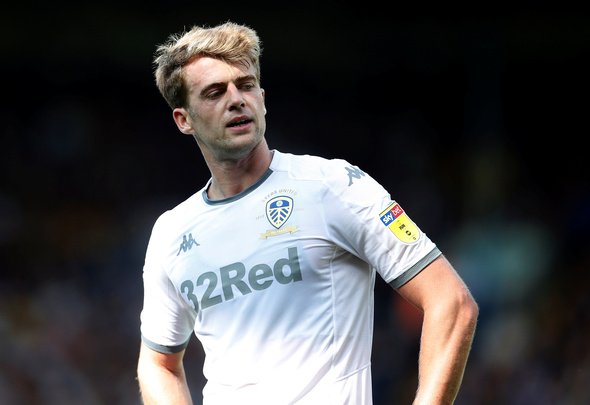 Bielsa favours a 4-1-4-1 formation and ahead of the Charlton game, Nketiah and Bamford had only been on the pitch together for 13 minutes, in the game against Brentford.

In every other Championship game this season, Nketiah has come on for Bamford.

Bielsa decided to try something different at half-time against Charlton, and the 3-5-2 formation is something some Leeds fans have been calling for.

It didn’t work out and Bamford was replaced with Tyler Roberts in the 69th minute, but he looked rusty in his first minutes this season after returning from injury.

Leeds host new league leaders West Brom on Tuesday night and we think that Bielsa will revert back to his trusted 4-1-4-1. The big question is whether he will unleash Eddie Nketiah from the start or persevere with Bamford, who hasn’t scored in four games.