Rafa Benitez has suggested that he believes Everton are good enough to challenge for a top six place this season.

The Toffees have endured a fairly underwhelming start to the new league campaign, winning just two of their opening six matches so far this term, and losing to newly-promoted Sheffield United last time out.

But former Liverpool manager Benitez has argued that Marco Silva’s men are one of several sides who can push for a place at the top table this time around.

Writing in a Q&A for The Athletic, he said: “We talk about ‘six teams’, but for me Leicester, West Ham, Wolves and Everton can progress and challenge.” 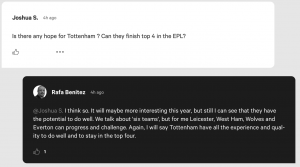 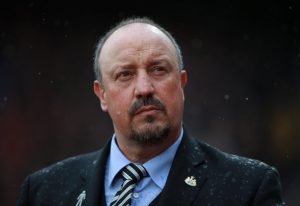 Is Benitez right about Everton?

At the moment, it feels like a stretch for Everton to obtain a top six finish this season.

The Toffees have have had bright moments this season, such as their thrilling 3-2 win over Wolves at the start of the month, but they have also endured some pretty torrid spells already, and are now on a run of three losses and one win in their last four Premier League matches.

When you consider that two of the other sides Benitez mentions as potential challengers for the top six, West Ham and Leicester City, have both lost just once in their opening six Premier League matches, it does feel as if there is something of a gap between where the Toffees are aspiring to be and where they actually are. 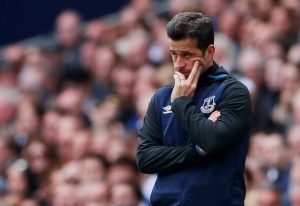 Naturally, that is going to lead to pressure being placed on manager Marco Silva, with Richard Keys even going as far earlier in the week as suggesting that the Blues should sack the Portuguese boss.

So, does Silva have enough to keep his job?

Well, thus far, over the course of his 51 matches as Everton manager, the 42-year-old has registered a points per game average of 1.49, as per Transfermarkt.

If he were to maintain that level of consistency, then he would pick up 57 points over the course of a 38 game season.

In both of the past two Premier League seasons, 57 points would have been enough to secure seventh place and a Europa League spot, with Wolves getting exactly that tally last term.

If the Toffees can land European football, you would assume that it would be enough to placate the board for another year, but given the poor start to the campaign that the Blues have made, Silva might not make it to the end of the season at this rate.