Win or lose, it’s a huge night for Salford

The Carabao Cup might not be the most prestigious trophy in England but one first-round match has put it back on the map.

Leeds United travel to Salford tonight in a game that will evoke memories of the great rivalry between the Whites and Man United.

Salford is part-owned by six of the Class of ’92 – Gary Neville, Phil Neville, Paul Scholes, David Beckham, Ryan Giggs and Nicky Butt, who all own 10% of the club, with the rest in the pockets of Valencia chairman Peter Lim.

When they arrived at the club it was languishing in the Premier League Division North. Since then they’ve been promoted four times and are playing their football in League 2. They want to make it to the top.

Their biggest scalp in the game so far is League 2 side Notts County in the 2015 FA Cup.

Victory against Leeds would be much, much bigger and the bookies have priced them around 11/2 to pull it off.

That price takes into account the fact that Leeds will likely name a weakened team tonight, with Marcelo Bielsa stating that the subs from Saturday’s Championship game will play. 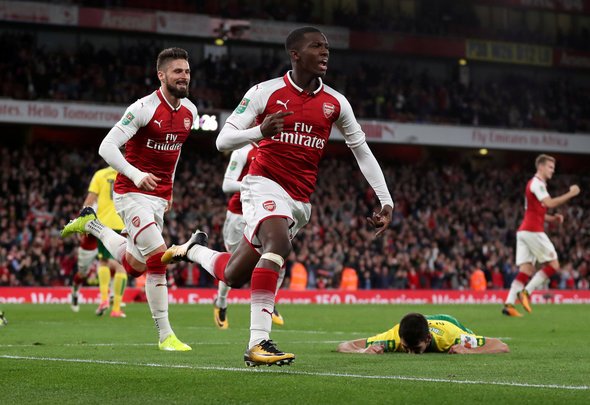 Leeds have a secret weapon, though – new signing and Arsenal striker Edde Nketiah, who arrived from the Gunners on a season-long loan.

He might not start tonight but he will be involved and he’ll be keen to cap his Leeds debut with a goal against League 2 opposition.

Given the connection between the two sides we’re expecting a blood-and-thunder cup-tie and we don’t expect it to be too comfortable for Leeds.

They should have too much for Salford but, win or lose, the home side can look back on tonight’s game with pride at the journey taken so far, and ahead to the Championship and beyond, where they want to be in 10 years time.