Noel Whelan has heaped praise on Aston Villa star John McGinn after a brilliant display against Tottenham on Saturday.

The 24-year-old midfielder scored the opening goal of the game and it looked like securing his side at least a point as Tottenham struggled to break the newly-promoted side down.

However, the introduction of Christian Eriksen affected a positive change for Spurs and they drew level with a debut goal from club-record signing Tanguy Ndombele, before a late double-strike from Harry Kane saw the game finish 3-1.

Whelan was hugely impressed with the contribution from McGinn, though, and said to Football Insider: “He’s just showed how integral he is for Aston Villa… His work rate, his desire, his tackling ability, his strength in the midfield area, his creativity and he’s scoring goals. The run was just unreal, really.

” You look at him and you think: ‘Yeah, he’s not going to struggle with his ability in the Premier League’.” 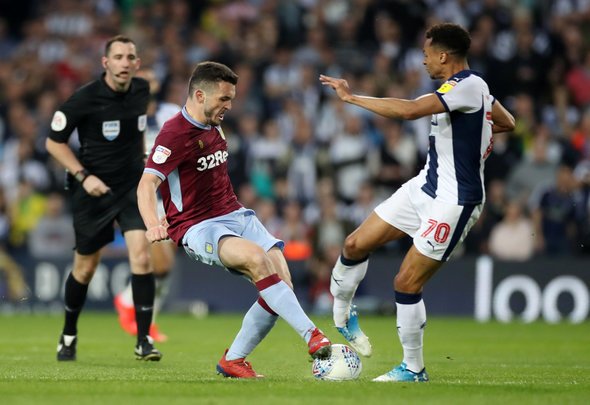 McGinn might have ended up at Celtic if the Scottish giants hadn’t tried to play hardball over his price.

They must really be rueing that decision now after seeing McGinn star for Villa, first in the Championship and now in the Premier League.

After a summer transfer window that’s seen the price for good, young British players go through the roof, McGinn looks like one of the bargain buys of recent times.

Villa signed him for just £2.8m from Hibernian last summer and since then he’s played 45 times, scoring eight times and adding 10 assists.

According to WhoScored, McGinn was the second-best player on the pitch for Aston Villa on Saturday, behind only defensive star Tyrone Mings.

Tottenham had almost twice as many touches as Villa but McGinn was highly effective in what he did, completing 75% of his passes and scoring from one of his two shots on target. [Wyscout]

There will be easier games for Aston Villa and plenty more opportunities for McGinn to shine. He’s set to be a key player for Dean Smith this season.