West Brom will be looking to bounce back to winning ways on Saturday when they welcome Tony Mowbray’s Blackburn Rovers to The Hawthorns in their next Championship fixture.

Slaven Bilic’s men have drawn their last two matches in the league with two 1-1 stalemates against Reading and Derby.

Kieran Gibbs could miss out against Blackburn after suffering an injury in that draw at Pride Park last week.

As quoted by the Express & Star, Bilic has admitted that the ex-Arsenal left-back is a doubt for the action this weekend although his injury is not thought to be a serious one.

“It isn’t bad but it’s his problem, that little groin issue,” said Bilic. “It looks like it’s not a long, long one, but we are not sure about Blackburn.”

West Brom failed to win in their two meetings against former manager Mowbray last season but they will want to stop that winless run this weekend in order to continue their steady start to the campaign. 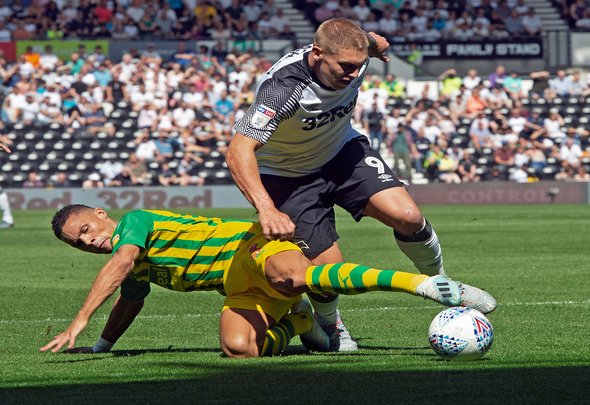 Although Ali Al-Habsi has been snapped up on a free transfer by the Baggies, Sam Johnstone is still predicted to remain in goals for every Championship match this season unless he picks up an injury or suspension or his form suddenly drops off a cliff. He saved a penalty at Derby last week and is pretty much a certain starter.

Left-back Gibbs, 29, looks as though he could miss the match due to injury and he is likely to be replaced by fringe player Conor Townsend, who has made just one 19-minute-long appearance in the league this season. Bilic may also opt to change his other full-back position by handing Darnell Furlong his second Championship start for the Baggies. Nathan Ferguson’s form has dropped off a bit since his man of the match display at Nottingham Forest on the opening day. Semi Ajayi and Kyle Bartley are predicted to stay in the centre-back positions with Ahmed Hegazi still recovering from surgery.

There is a good chance that Bilic will name the same midfield that started at Derby last week. Jake Livermore and Romaine Sawyers have forged a decent partnership in the deeper-lying areas while Filip Krovinovic is clearly seen as a key player by Bilic and he is predicted to remain in the number 10 role. Albion have plenty of good winger options but players like Matheus Pereira and Grady Diangana have both so far shown they have a better impact off the bench. With that in mind, Matt Phillips could start on the right-wing with Kyle Edwards on the left.

Charlie Austin is yet to look fully match fit for West Brom and the fact that he did not even appear off the bench at Derby last week suggests that he is still some way off being able to start on a regular basis. Kenneth Zohore has scored two late penalties in his last two appearances. The ex-Cardiff forward’s confidence is likely to be high as a result and he is predicted to spearhead the West Brom attack against Blackburn.

Sam Gallagher has enjoyed a strong start to the season for Blackburn and has played his last three matches out on the right-wing. That means that he could be squaring up to face Albion’s back-up left-back Townsend, who has only started once this season when he featured in the Carabao Cup loss to Millwall. Gallagher can dominate in the air as according to WhoScored, he has already averaged 6.8 aerials won in the league this season. Townsend is only 5ft 6in tall [transfermarkt] and could struggle if a load of high balls are sent his way.

Blackburn have had a mixed start to the season while West Brom remain undefeated. Albion’s struggles against Blackburn last season need to be noted but Bilic’s men have to be seen as favourites for this game. 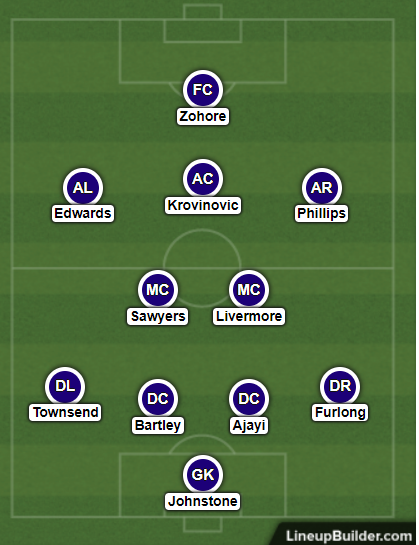