Club Brugge have agreed a £13million deal to sign Victor Wanyama from Tottenham and want to wrap up the transfer by the end of today (Friday), according to the London Evening Standard.

The newspaper claims that Spurs are keen to offload the 28-year-old midfielder but he is having reservations about whether or not he wants to join the Belgian club.

It is understood that Brugge have “made it clear” they want a final decision by Wanyama by the end of play on Friday so that they have enough time to move on to other targets before the Belgian transfer window slams shut. 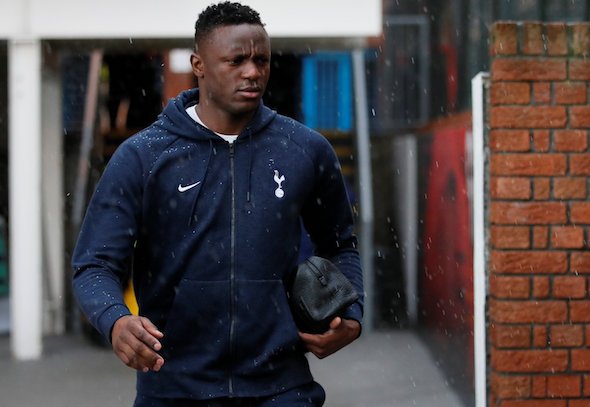 It would be quite the step down for Wanyama to join Brugge, and quite the coup for the Jupiler League side, who have made a lot of money from transfer sales this summer with the likes of Wesley Moraes, Arnaut Danjuma and Marvelous Nakamba joining Premier League clubs.

Now that a fee is reportedly agreed with Tottenham, the transfer appears to be solely down to Wanyama’s desire to make the move to Brugge or wait it out for other offers.

It does not seem as though the ex-Southampton midfielder has much of a future in north London having started just four Premier League matches last season and failing to earn a single minute of game-time in the opening weeks of this new campaign.

For the good of his career, it might be a clever idea move to Belgium but at the moment it is hard to tell whether or not the 6ft [transfermarkt] midfielder thinks that as he may prefer to stay at Tottenham and try to fight for his place in Mauricio Pochettino’s plans.

Wanyama has already played in Belgium in his career having made 54 appearances across all competitions during his spell at Beerschot between 2008 and 2011 before he was lured to the UK by Scottish giants Celtic.

In his time at Beerschot, the defensive midfielder played five times against Club Brugge, winning three matches by the same 2-1 scoreline.

Celtic paid just £900,000 when they signed the Kenya international from Beerschot before making a huge £11.6million profit when Southampton signed him from them in July 2013.