Just three games into the season, Bielsa revealed that three first-team players were a doubt for the Championship game against Brentford at Elland Road on Wednesday night.

As relayed by The Athletic’s Phil Hay, Ezgjan Alioski, Liam Cooper and Barry Douglas have all been confirmed as doubts for the game, with Bielsa adding later that while the players were fit to play, he wanted them to be 100%.

If all three players were ruled out Bielsa revealed that Jamie Shackleton would start at right-back with Stuart Dallas switching across to the left. Gaetano Berardi would likely come into the centre of defence alongside Ben White.

From Bielsa's pre-Brentford press conference – Cooper, Douglas and Alioski are doubts for tomorrow's game. Not ruled out yet. #lufc

Bielsa says Shackleton will play at right-back and Dallas will move to left-back if Douglas/Alioski aren't available. Bielsa says all three injury doubts are fit enough to feature tomorrow – but he wants them to be 100 per cent. 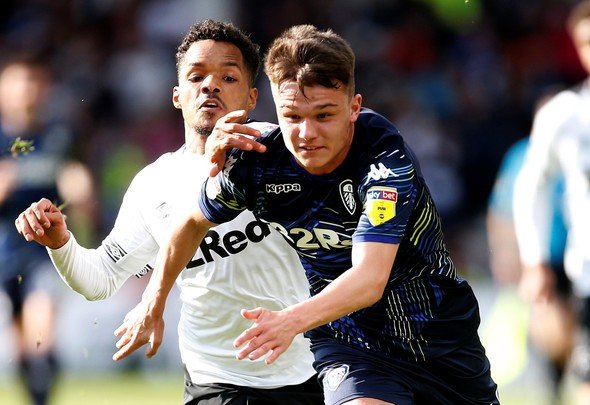 Yet more injuries at Elland Road

This will be a severe case of deja vu for Leeds fans.

Just like last summer, Marcelo Bielsa didn’t have a full squad to pick from at the start of this season. Luke Ayling and Tyler Roberts have been out since the summer and they could be joined by a trio of first-team players for the Brentford clash.

This comes on the back of an incredible string of injuries at Elland Road last season – by February Phil Hay had counted a total of 140 games missed through senior injuries.

Dallas offers the versatility to play across both flanks which means Bielsa won’t have to give a start to 19-year-old Leif Davis, but it’s proof of how light Leeds are at the back.

Berardi is a solid centre-back but it could mean Pascal Struijk being named on the bench on Wednesday and he played 90 minutes for the Under-23s on Monday.

Fans were calling for Bielsa to sign another centre-back in the summer after Pontus Jansson and Aapo Halme left, but the maverick manager decided to stick with what he had. That’s a gamble that Leeds fans will be hoping doesn’t come back to haunt them, but this injury update won’t fill them full of confidence.