Tottenham are working to try to get three deals over the line on deadline day, according to the Guardian.

Spurs have agreed a £55.3m fee with Real Betis to sign Giovani Lo Celso and Sky Sports journalist Fabrizio Romano tweeted that the player had arrived in London very early on Thursday morning.

Romano added definitively that he would become a Tottenham player in the next few hours.

Lo Celso has landed in London and he’ll become a new Tottenham player on next hours. ?????????? #THFC #Tottenham #transfers

The Guardian said that Tottenham were also trying to land Paulo Dybala from Juventus, although they claim his wage demands of £350,000 would likely scupper the deal.

They cite a source close to the deal as saying it would take “something miraculous” to get it done.

Maurizio Sarri has told Dybala that he’s not part of his future plans and that could still affect a change in the situation today.

Romano said that talks were ongoing with Dybala but the issues Spurs were having were the same that caused Man United to call off their proposed swap deal with Romelu Lukaku.

Paulo Dybala deal is still ‘so difficult’ according to player entourage because of image rights and wage. Talks ongoing but not easy. Same problem had Man United with Dybala and that’s why Ed Woodward called of the swap with Lukaku. ???????? #THFC #MUFC #transfers

The third player Tottenham want is Fulham’s Ryan Sessegnon and it looks like they’re poised to sign him too, with Evening Standard journalist Dan Kilpatrick tweeting that he was due for a medical on Thursday morning.

Kilpatrick said the fee was £20m plus bonuses plus Josh Onomah.

#thfc Understand Sessegnon deal is £20m plus Onomah plus bonuses. Medical this morning. 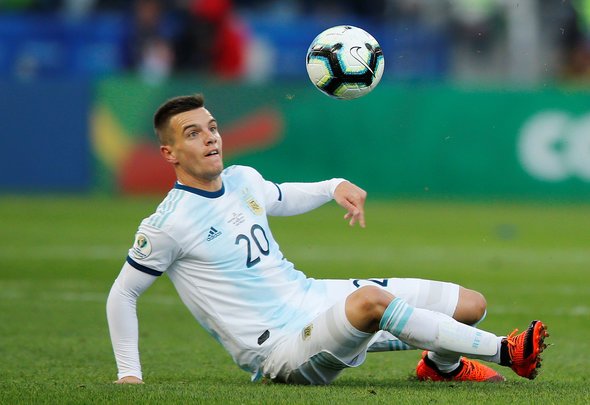 What are Spurs getting with Lo Celso?

Scratch a little deeper and you’ll find two players that are fairly similar, with Lo Celso posting similar passing stats despite playing in a team that finished 10th in La Liga instead of fourth in the Premier League.

It remains to be seen whether Eriksen will go or not, but if he does Tottenham have found a readymade replacement. If Eriksen doesn’t go, Mauricio Pochettino is going to have an abundance of riches next season.