Championship side West Bromwich Albion are in talks with Premier League outfit Southampton over the potential signing of veteran striker Charlie Austin, according to Sky Sports.

The broadcaster claims that the Baggies are holding discussions with the south coast side, but that their second tier rivals Bristol City are also plotting a move.

The 30-year-old is unhappy at St Mary’s Stadium having been told by manager Ralph Hasenhuttl to train with the Under-23s in July, while he was left out of their pre season training camp in Austria.

Slaven Bilic’s side have been looking for a new frontman after losing Jay Rodriguez to Burnley and seeing Dwight Gayle return to parent club Newcastle United. 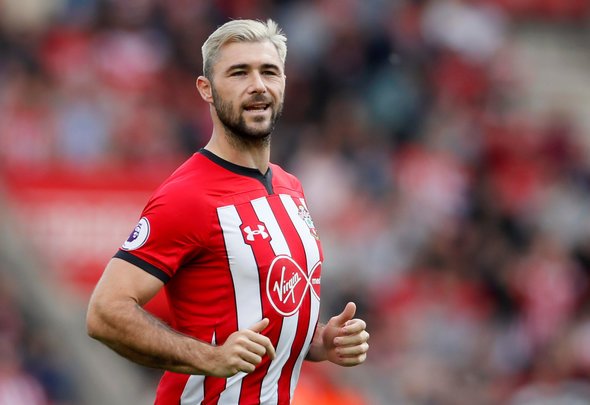 There’s certainly no reason why not. Sky’s report states that the Saints have put the former Queens Park Rangers man on the transfer list, so in theory there’s nothing to stop West Brom snapping him up. You’d think that the presence of a Premier League side in the hunt for him would be a death blow, but that doesn’t appear to be the case at the moment.

If the Baggies do pull this off, they’d be getting a proven Championship goalscorer, albeit one who has had numerous niggling injuries throughout his time on the south coast. His record in the second tier stands at 66 goals in 129 games [Source: Transfermarkt], and if he can get anywhere near that form for Bilic’s team he’ll be a huge success.

TiF Tactics – Is Austin worth the risk?

This is the big question for the West Brom fans, but the bottom line here is that the club desperately need to bring in a striker and, as it’s deadline day, they can’t be too picky.

So any criticism of Austin is tempered by the context and the timing of the move. Yes, he’s probably past his peak and has suffered injury problems in recent years, but he’s still someone who if you create enough chances will score goals. 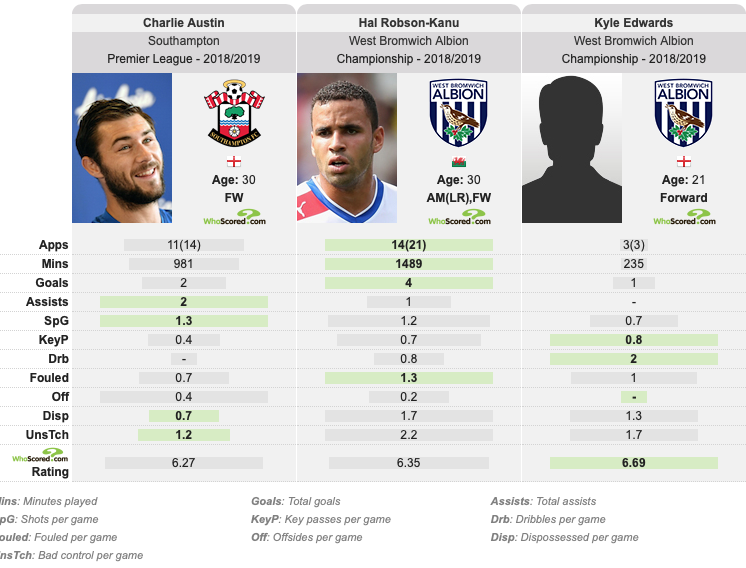 The Baggies really only have Kyle Edwards and Hal Robson-Kanu as senior attackers at this moment in time, and neither of those men are out and out strikers. Austin, on the other hand, is very much a centre forward.

When you examine what he did in the top flight last term, in an injury-riddled campaign, and compare it to the aforementioned West Brom duo, he still comes across okay.

He only scored twice, but that was more than Edwards and only two less than Robson-Kanu despite playing far fewer minutes than the Welshman. Meanwhile, as per WhoScored.com, the Saints star registered the most assists, shots per game and was dispossessed the last while having the fewest unsuccessful touches per outing.

Clearly he can do a job and, even in his current state, is probably an upgrade on what the Baggies already have. On deadline day, he’s not such a bad signing.