West Brom have agreed a deal to sign former Bolton and Reading goalkeeper Ali Al-Habsi, it has been confirmed.

Albion announced via their official Twitter account on Thursday that Al-Habsi, 37, has agreed a short-term deal that runs until the end of the season after he was released by Saudi Arabian side Al-Hilal in the summer.

Experienced goalkeeper Ali Al-Habsi has joined us on a deal which runs until the end of the 2019/20 season. ?????

Football Insider had previously reported that the 126-time Oman international has spent the last week at West Brom’s training ground as Slaven Bilic aimed to add to his goalkeeping options. 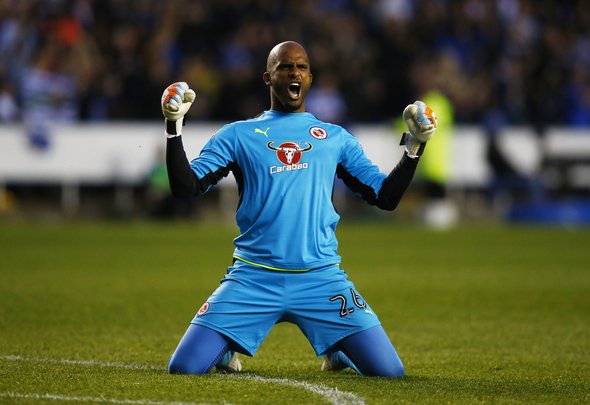 Do West Brom really need him?

Bilic already has two senior goalkeepers in Sam Johnstone and Jonathan Bond, but West Brom have shown a willingness to have three players in that position by also having Boaz Myhill on the books last season.

Myhill was released in the summer and it seems like technical director Luke Dowling wants to make sure that Bilic has three goalkeepers to choose from throughout the rest of the campaign.

Al-Habsi may have won over 100 caps for Oman and played 111 times in the Premier League, but it is unlikely that he will be putting any pressure on Johnstone for his number one spot.

Johnstone has been criticised by some West Brom fans this season, enough that the ex-Aston Villa goalkeeper even took to his personal Twitter account to fire back at his critics.

Should save everything according to some ppl ???? always positive ???????? https://t.co/wAvw7Xkvvz

Johnstone saved a penalty in the 1-1 draw at Derby County last week and according to stats by WhoScored, has averaged 2.8 saves per appearance in the league this term.

He currently ranks fifth for the total amount of saves made in the Championship so despite the criticism, Johnstone is doing his job well and it is unlikely that Al-Habsi will replace him.

However for a third-choice option who can come in if there is ever an injury or suspension, the 37-year-old will be a good, experienced head to have around the side.

It seems as though most West Brom fans are happy with Bilic’s decision to snap up Al-Habsi on a free transfer.

One fan has described the experienced shot-stopper as a “beast” while another reckons that the former Bolton player is the “best back up keeper in the world”.

YUUUURRRRSSSS!!!!! Another follows that well trodden path to the pinnacle of their career. I'm so pleased for Ali. He deserves this. #wafc https://t.co/AoJrW8stn5

Beast of a keeper, welcome Ali

Best back up keeper in the world