Digne back in training

Everton fans were given a boost on Wednesday as star defender Lucas Digne was pictured in training at Finch Farm on Wednesday.

The 26-year-old left-back provided the assist for the only goal of the game against Watford on Saturday before limping off after 73 minutes with what looked like a hamstring issue.

Manager Marco Silva played down the injury after the game and it seems like he should be in contention for the game against Aston Villa on Friday night after training with the first-team.

Everton have had a decent start to the season with four points from two games and will be looking to go top of the table with a win against newly-promoted Aston Villa. 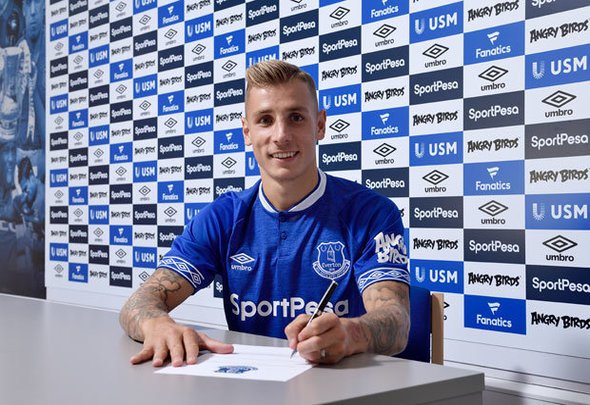 A lot of tweets about Digne being back in training came from FPL accounts (Fantasy Premier League). Digne has become one of the most popular players in the game this season after delivering some serious attacking returns at Everton from the left-back position.

In 39 games, he’s scored four goals and added six assists and his stats on WyScout show what an important player he is for Everton.

Counting his Premier League games, averaged out over 90 minutes, Digne delivers five crosses a game and takes on 2.59 dribbles. He also makes six interceptions and 3.34 clearances.

The France international signed from Barcelona for just over £18m last summer and he’s already looking like a real bargain.

Everton’s gain here could be Aston Villa’s loss, with the midlands club still looking for its first points in the Premier League after being promoted from the Championship.