Time is right to move Candeias on 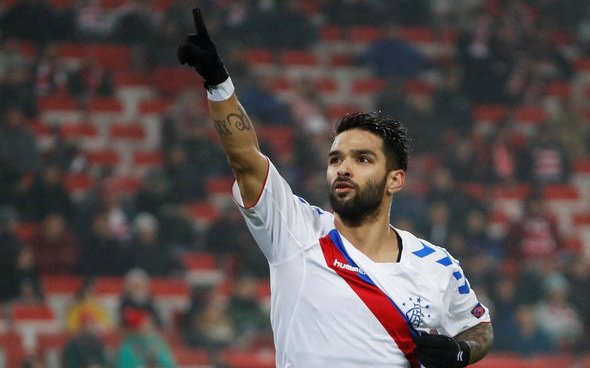 Transfer windows are all about turnover, and there’s been a fair bit of it at Ibrox this summer. Rangers manager Steven Gerrard has been busy and make no mistake.

One area he’s clearly been keen to improve is out wide, especially after Ryan Kent returned to parent club Liverpool at the conclusion of his loan spell.

However, it appears that Gerrard’s focus on wingers has seen a Turkish side eye one of Rangers’ own widemen. Indeed, Turkish outlet Ajansspor reported on Thursday that Super Lig side Gençlerbirli have reached an agreement to sign Daniel Candeias. 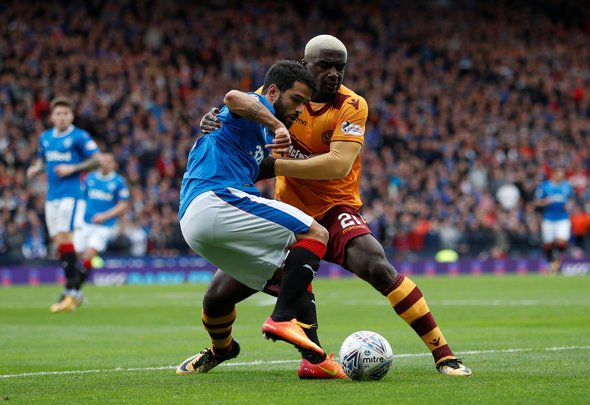 The Portuguese winger has served the Glasgow giants well since he joined the club in 2017, but there’s no doubt that the fierce competition brought into the club this summer has likely seriously reduced his role in Gerrard’s side.

Candeias’s age, too, counts against him. He is 31 years old and so it’s reasonable to suggest that he is approaching the end of his peak years. With that said, perhaps now is the right time to say goodbye to him after 97 appearances for the club.

There’s no disputing that Candeias was one of Gerrard’s most potent attacking weapons last season. The winger scored six times and bagged 12 assists in all competitions [Source: Transfermarkt], which begs the question of who would replace that creativity – particularly his assist tally – were he to leave the club this summer?

Sheyi Ojo is one of the player’s who has been brought to the club, joining on loan from Gerrard’s old team Liverpool. The 22-year-old spent the last campaign on loan at Ligue 1 side Reims, where he scored just once in all competitions. However, his average of 0.9 shots per game [Source: WhoScored.com] suggests that he can do a job if given more opportunities.

Jordan Jones is another summer signing, and is perhaps the one best able to fill Candeias’s creative boots. He scored four times and grabbed four assists last season [Source: Transfermarkt], doing so in far fewer games than the Portuguese. It’s reasonable to expect that playing more games, with better quality teammates, could see Jones up his numbers closer to Candeias’s level. 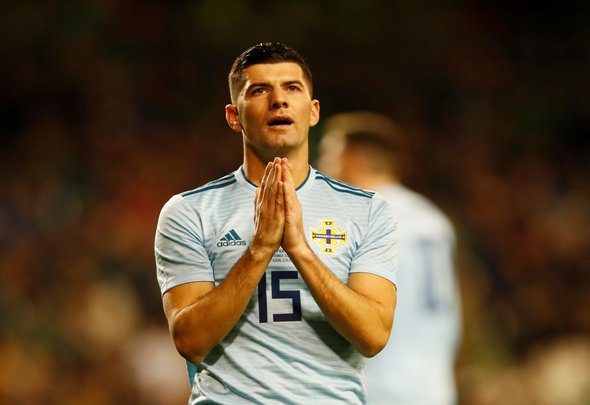 Jake Hastie could be the wildcard in the pack, though. The 21-year-old spent the first part of the last campaign on loan at Scottish Championship side Alloa, registering three goals and four assists in all competitions. Returning to Premiership side Motherwell in January, he went on to bag six league goals in just 12 games [Source: Transfermarkt].

So while none of the new recruits match Candeias’s creativity yet, they are all much younger and definitely could surpass what the Portuguese did in a combined effort. Jones and Hastie, in particular, look capable of filling Candeias’s place with next to no trouble. 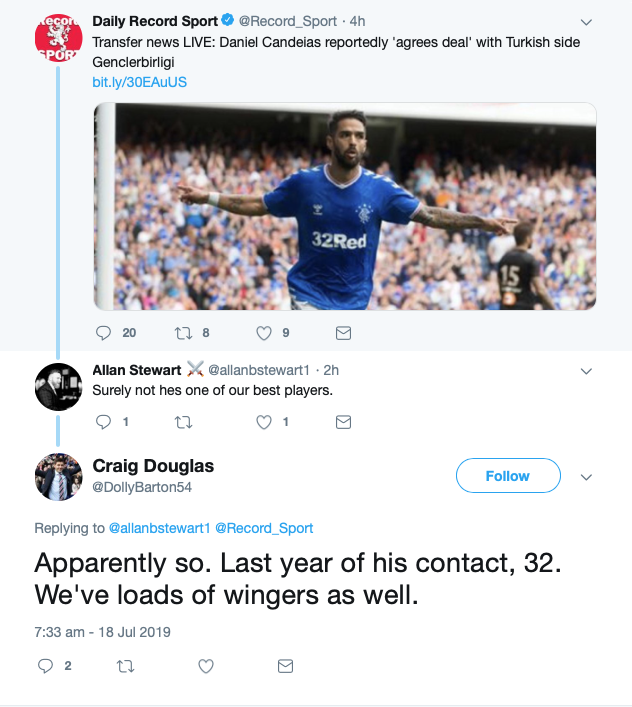 The above interaction between a couple of Rangers supporters sums up the general feeling amongst the Gers fans. They appreciate Candeias and how good of a player he is, but they recognise that his age and the competition at his position makes his departure almost inevitable.

The Portuguese is a player well-loved by the Ibrox faithful, but that doesn’t mean he should be kept around. With time running down and competition increasing, Gerrard appears to be moving in a different direction.

Indeed, it’s time the veteran was moved on to make room for the new, young, dynamic talent who will be lighting up the blue side of Glasgow for years to come.